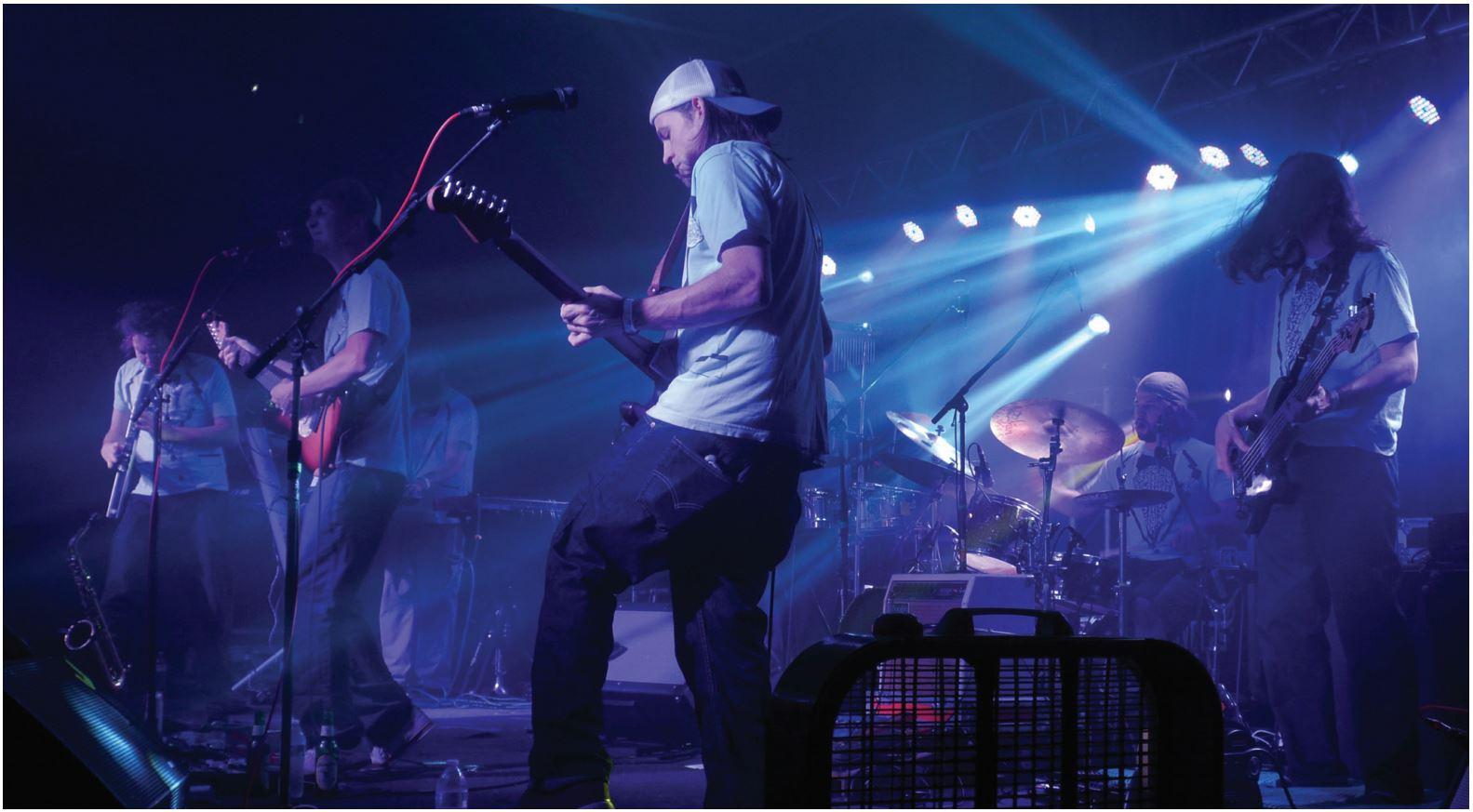 In celebration of their new album, BIG Something performs their new songs at The Blind Tiger this past Friday, Feb. 24, in Greensboro, N.C. (Carson Risser)

In celebration of their new album, BIG Something performs their new songs at The Blind Tiger this past Friday, Feb. 24, in Greensboro, N.C.

Last Friday in Greensboro, bar and music venue The Blind Tiger was packed for the first of a two-night album release show. The band: North Carolina’s funk sextet BIG Something. The Blind Tiger’s usual arrangement of chairs and tables was uncluttered to provide a dance floor. Red lights flashed off the rotating disco ball on the ceiling. It was a night of groove.

“It’s just great to play in Greensboro,” said BIG Something drummer Ben Vinograd. “We’re about to leave for a month on tour, so it’s … our last home stand before we head out on the road.”

The Burlington-based band has its roots in the Blind Tiger. They started playing professionally here, not just as a band, but as individuals.

“I’m from Greensboro, (and) the Blind Tiger is the music venue for growing bands,” said Casey Cranford, who plays saxophone and electric wind instrument for the band. “I lived a stone’s throw away from the Blind Tiger for quite a few years … 19, 20, 21 years old … I learned how to play in bars at the Blind Tiger.”

As BIG Something spoke about their history with the venue, echoing through the concert space was the sound of Aqueous, a quartet whose two guitarists trade off solos and vocals. The heavy funk band from Buffalo, N.Y. was one of two groups hand-picked by BIG Something to open the weekend shows. Saturday would feature Chattanooga’s Opposite Box, but tonight, the twinning guitar licks of Mike Gantzer and Dave Loss brought a fiery energy to this cool February night. College students boogied on the floor while a silver-haired couple gently nodded their heads in time at the barstools.

“The crowd felt like a music festival displaced, with old and new hippies mingling and dancing like it was 1975 again,” said Guilford College senior Martin Brown in an online interview. Perhaps the crowd brought the energy from BIG Something’s annual music festival “The Big What?” with them.

When Aqueous stepped offstage at 11:30 p.m., The Blind Tiger was packed to the gills. Attendees roamed between the bar and outside deck, where a number of tables were set up. A man in a Grateful Dead shirt was having strands of glitter woven into his beard, and Guilford College alumnus Eli Tuchler ’16 was holding an art raffle to raise money for Greensboro’s Interactive Resource Center.

The mood of the night was celebratory as the merchandise table featured copies of BIG Something’s just-released fourth studio album “Tumbleweed.” New and longtime fans came together for the show.

“I first saw BIG Something at Floyd Fest about six or seven years ago, and I have been loving them ever since,” said Tuchler in an online interview. “They have brought together a really awesome group of local people, and it is a beloved community for many friends in the Greensboro area.”

“I just love … how happy everyone is at their shows,” said senior Anna Rider, who said she had seen BIG Something about five times, more than once at The Blind Tiger. “It’s … a very happy venue, always, with a great crowd who just flips out over them. …Being in that energy is really nice.”

“You can tell that (the band has) a good time,” said senior Ellie Weiner, who saw BIG Something for the first time that night. “People (were) grooving.”

Touring over the past few years, BIG Something had established the songs of “Tumbleweed” as live staples but to have them in studio form put them in a new context.

“If there was a goal, it would be to serve the songs as they … already were, and … to put the best recording of them down possible,” said Vinograd.

“I think our goals have always been the same,” added the guitarist Jesse Hensley. “It’s just been to make really good music that’s fun to listen to (and) fun to play, so it never gets old to us and people keep asking and want(ing more music).”

The audience at The Blind Tiger clearly came because they wanted the music as BIG Something, dressed in matching powder blue tuxedo t-shirts, took the stage in front of a packed crowd. Just before midnight, band and audience alike leaned into the buzzing synth-turned-bassline of “The Flood.” At the end of the first verse, the band froze, silent, and the room went black. Anticipation stretched as the dead stage lights spun wildly and the audience screamed, yelled and threw their hands up toward the disco ball rotating above.

“Better keep your gun close,” vocalist Nick MacDaniels sang, and the groove came back. This time, it was here to stay.

2 Responses to “Big Something brings big groove to Greensboro”

Spring is here! This means beautiful warm weather, spending more time outside and wanting to feel refreshed from that brutal winter hibernation. As st... 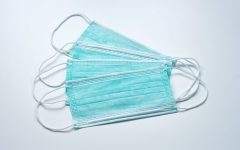 What mask should you wear?

Between the stress of politics, a nation currently undergoing a great influx of change and the monotony of quarantine, it can be hard to balance both ... 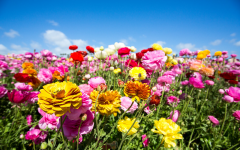 Quaker Nation and springtime both in full bloom 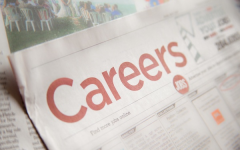