Letter to Guilford Community from Integrity for Guilford

Integrity for Guilford is a student coalition that supports and encourages social justice work in dismantling all forms of oppression.

There are many aspects of recent events that must be addressed, but we would first like to make clear that the students who tore down flags on the afternoon of March 1 and the protest that was organized on the early morning of March 1 in the dorms were not affiliated with Integrity for Guilford. They were prompted to act with rapid response by the severity of the lack of proper follow-up by Public Safety to make an immediate campus-wide alert of the sexual assault and the inappropriate amount of support for the survivor. We emphasize this not because we formally denounce the actions of these students, but because violence and property damage at political protests are often blamed on organized groups, specifically groups of color, even when they stemmed from individuals acting of their own willingness. We take our work seriously and hope that disagreements with the tactics employed on the afternoon of March 1 do not keep people from working with us and supporting our work in the future. Many folks on this campus have common goals. Disagreeing with the hurt-fueled reactions of individual students should not be used as an excuse to disengage, especially when these actions were not sanctioned by our organization in the first place.

In any case, what is more important and alarming to Integrity for Guilford than flags being torn down is the lack of swift action and follow-up in response to the sexual assault that took place on campus. While we welcome constructive criticism, we encourage fellow community members to focus anger primarily on the acts of violence and disregard committed that night, rather than student response to them. Last fall, Integrity and Sexual Assault Awareness, Support and Advocacy came together to hold accountable judicial policy and staff for upholding institutional racism, as well as the complacency of the College in sexual violence against POC. A year and a half later, students again came together to protest the school’s lack of accountability and transparency on the same issue, sexual assault. The events of March 1 and the subsequent focus on Public Safety are only the most recent iteration of systemic issues that have plagued this campus — because, of course, this campus is a microcosm of society — for years. Guilford has failed to take concrete action around systemic issues. This is the inevitable result.

Administrators’ persistent lack of urgency around dismantling systems of oppression and biases causes the school to continue its patterns of disrespect and complacency in violence against QPOC and POC. The administrative team continued to breach trust and endanger vulnerable students by bringing in the Greensboro Police Department, knowing the threat that they pose on QPOC, POC and undocumented students on this campus. Police presence does not make many communities “safer.” Rather, just the opposite: anyone who pays attention to mainstream media in the United States today should know this fact.

This issue goes far beyond deconstruction of property. What happened on this campus has been happening for a very long time and, as President Jane Fernandes stated in a recent blog post, “now is the time to step up our efforts.” Will you step up your efforts and help us fight the injustices we face as a student body?

In journalism, objectivity doesn’t just exist but also the neutrality toward injustices that we’ve seen in the repeated rhetoric of past historical figures. Students who do both photography and writing take it upon themselves to be vocal and visionary about the reality of the injustices.

Alicia Garza, co-founder of Black Lives Matter, recently stated, “Can we build a movement of millions with the people who may not grasp our black, queer, feminist, intersectionalist, anti-capitalist, anti-imperialist ideology, but know that we deserve a better life and who are willing to fight for it and win?”

As a community, we must move beyond dogmatism and purity politics. This means that disagreeing with some of the tactics used by an organization does not mean one should not work with that group. Quite the opposite, Integrity for Guilford encourages that you join us in keeping faculty, staff and students accountable. Bring those tactics that you think will work to the table rather than dismissing our efforts outright. Please understand that when you have not been at the table, when you haven’t been putting in work with us or other organizations that share anti-oppressive values, criticism of tactics alone rings disingenuous. Integrity for Guilford embraces and encourages the use of a diversity of tactics in seeking justice. Activism takes many different forms.

This moment in history demands unity more than ever. We all have a lot to learn from each other. We believe that Fernandes’ presidency opens up an opportunity for Guilford College to truly be a trailblazer in values-based education, as an intellectual and moral guide for colleges and communities globally. It is our hope, as Integrity for Guilford, that we can come together as a community with shared visions for a more just, sustainable and anti-oppressive Guilford College.

One Response to “Letter to Guilford Community from Integrity for Guilford”

In the week after the Town Hall meeting where Interim President Carol Moore announced recommended program cuts under the proposed program prioriti... 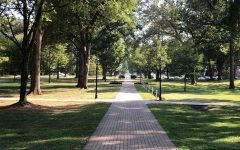 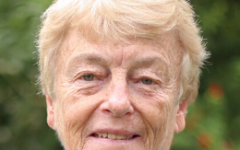 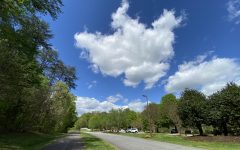 Though spring is here, the pandemic is still here as well. Fortunately, the cohort system put into place by Jermaine Thomas has been a success so far,... 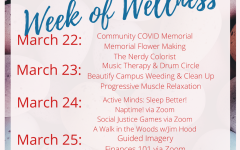 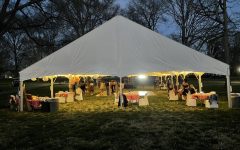 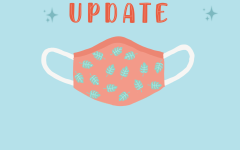 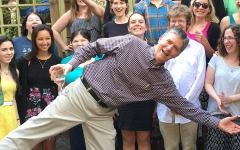