After evading the virus for two years, Queen Elizabeth diagnosed with COVID-19 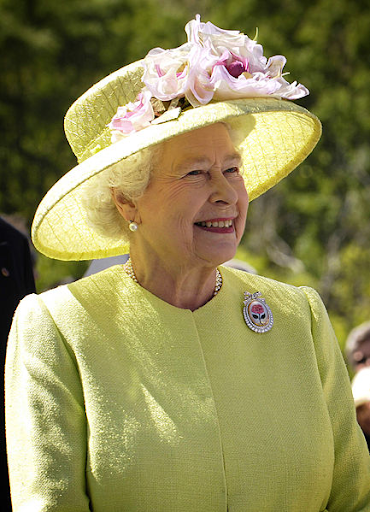 Queen Elizabeth II has been diagnosed with COVID-19.

On Feb. 20, Queen Elizabeth II was diagnosed with COVID-19 after avoiding the virus for the last two years. The Queen is fully vaccinated and has had the booster vaccine, but was still reported to have mild flu-like symptoms.

According to a New York Times article, on March 1, nine days after her positive test, Buckingham Palace announced that the queen was returning to work. However, she is not the only member of the royal family to contract the virus. As reported by multiple media sources, both the queen’s eldest son, Prince Charles, who is 73, and her 74-year-old daughter-in-law, Camilla, contracted the virus in early February.

Due to the queen’s advanced age of 95 and the most recent health scare that left her hospitalized, she has stiffness in her legs, which has resulted in her beginning to use a walking stick. These health scares have made the people of Europe very worried for their Queen, as she has now contracted a virus that at her age could be very dangerous.

According to the CDC, “the risk increases for people in their 50s and increases in (their) 60s, 70s, and 80s. People 85 and older are the most likely to get very sick.”

Despite the concern for her health, Elizabeth has resumed her work with light duties at Windsor Castle for the time being. U.K. residents who test positive for COVID-19 are required to self-isolate for at least five days, a policy that the British government lifted in late February.  U.K. Prime Minister Boris Johnson announced the end of COVID restrictions in England just one day after the Queen publicly announced that she had the virus.

“Today is not the day we can declare victory over Covid, because this virus is not going away. But it is the day when all the efforts of the last two years finally enabled us to protect ourselves while restoring our liberties in full,” Johnson said, according to a Feb. 21 CNN article.

He then wished the queen a quick recovery from the virus and stated that her infection with COVID-19 was “a reminder that this virus has not gone away,”

Since testing positive for the virus, Queen Elizabeth canceled two virtual events because she was experiencing mild cold-like symptoms. The most recent event occurred on Feb. 24, and there is still no information about when those meetings will be rescheduled. According to a Feb. 20 New York Times article, Queen Elizabeth had her regularly scheduled call with Prime Minister Johnson on Feb. 23.

COVID is still a very widespread issue around the world, and Britain is no exception. According to the New York Times, Queen Elizabeth was just one of many to contract the virus, as Britain reported 25,696 new cases on Feb. 20 alone. Although case numbers have been declining since the latest wave of the virus peaked in early January, there is still an alarming number of people succumbing to the virus.

While the virus is on the decline in parts of the world, everyone from the Queen of England to the average college student is feeling its effects. While the panic that surrounds COVID has lessened over time, there are still many fears surrounding the virus, especially after the most recent Omicron spike. With the United States approaching the mark of 1 million deaths, many worry about how the government would handle another spike.

“If there was another spike in COVID, I would hope that the government buckled down as other governments did…My worst fear if another spike happened would be that people would remain ignorant and selfish about how it impacts other people,” said first-year Guilford College student KJ Adams. “I hope things can be taken seriously the way (they) should have been the first time around.”

Aleks Babić, assistant professor of public health at Guilford, had a different take on the possibility of the next wave of the COVID variant.

“If a new, more threatening variant presents itself, which is absolutely possible, we will likely take the same precautions as before in mask-wearing and continuing to both develop and distribute vaccines as widely as possible,”  Babić said.

“The question at that point would be how effective our current vaccines are in preventing death and critical symptoms. Of course, without knowing much about that possible variant, no one can say which additional measures may be required, if any.”