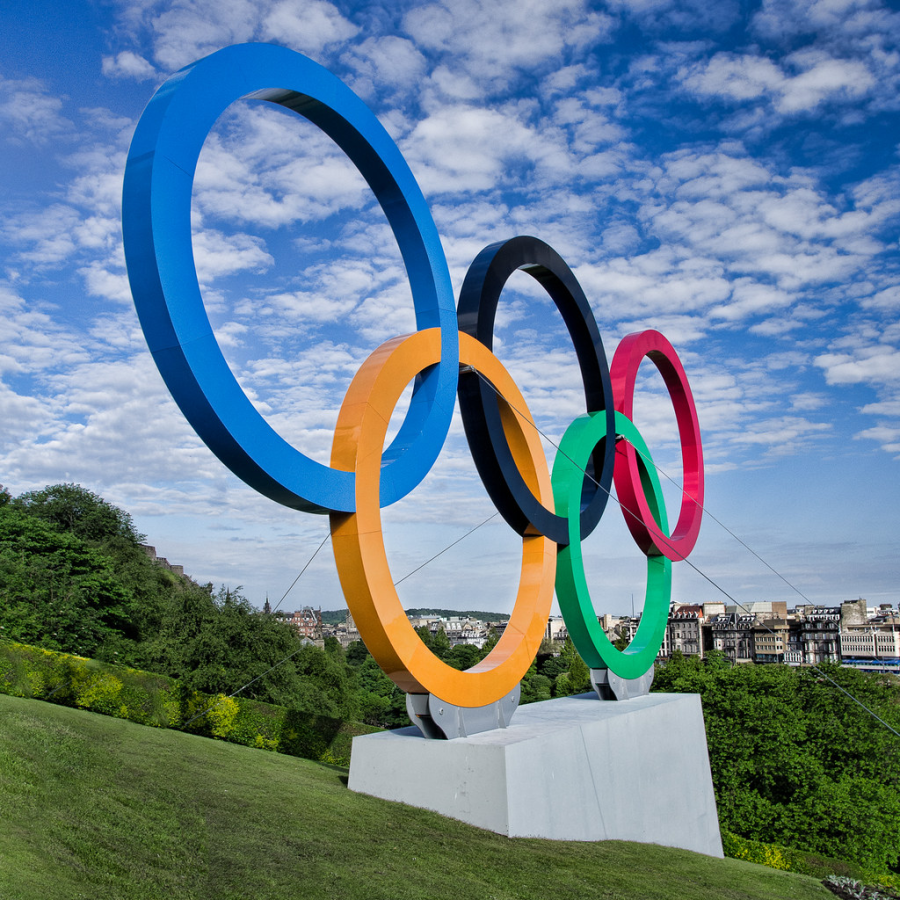 A statue of the five Olympic Rings.

The 2022 Winter Olympics have finally arrived and are being hosted in Beijing, China. Thousands of athletes have gone to show off their skills with the hope of winning a medal for their countries. These athletes spend years training to win the gold, and unfortunately, some go to unfair lengths to do that.

According to a Feb. 16 PBS article, Trimetazidine “is on the prohibited list managed by the World Anti-Doping Agency in the category of “hormone and metabolic modulators” because the drug “can increase blood flow efficiency and improve endurance.”

Valieva likely used the drug to help improve her endurance in such a high-intensity sport.

Athletes caught doping are typically prohibited from competing in the Olympics, so it shocked many when, according to PBS, the Court of Arbitration for Sport still allowed her to compete.

This situation has caused a massive controversy. Many compare this situation to the Sha’Carri Richardson case. The American sprinter was kicked out of the Tokyo Summer Olympics when she tested positive for marijuana. People are asking, why should Kamila Valieva compete when others were out of the competition for similar reasons?

Many suspect that race was a factor in the decision. Valieva, a white athlete, is still allowed to compete in the Olympics, while Richardson, a black athlete, was kicked out for using marijuana.

Some Guilford College students agreed that race played a part in this situation.

“I do think race played a part,” said Guilford junior and English major Sierra McCollum. “For the runner, it was immediately dealt with but for this, they had some leniency. I didn’t see how it was fair.”

“In my opinion, race was the main difference between Sha’carri Richardson and Kamila Valieva’s drug use in the Olympics,” said Guilford sophomore and English major Taron Lilly.

“Richardson got chastised for… testing positive for weed, and this girl (Valieva)… tested positive, and I just feel like the outcome was very different because she’s not black… I do think race was a huge factor,” said Haley Madison, Guilford junior and English major.

Students were asked about their general stance on athletes taking drugs like steroids, which can be used for “asthma…eczema, painful joints or muscles such as arthritis…(and) lupus,” according to www.nhs.uk.

“If they know they shouldn’t take it then that’s on them,” said McCollum. “They should know the rules on what’s acceptable or not.”

“If only one athlete is using steroids/performance-enhancing drugs, I do not believe it should be allowed,” said Lilly. “However, if professional sports commissions allowed steroids, they could be (more easily) monitored. It would be safer for the athletes. It would make the game more exciting. Until that happens, I think it’s disappointing that athletes are under so much pressure they feel that they have to cheat. I absolutely think athletes should be allowed to take medication for asthma or pain. No one’s body is perfect. The types of stunts and moves and pain Olympic athletes subject themselves to is not something I or a regular person go through on a regular basis.”

“They are not special superheroes or anything,” said Madison. “…They are humans just like us, and humans do stuff like that, and I feel like they need to switch up the rules and get out of their outdated ways because a majority of people do drugs and there’s nothing wrong. If they need it they should be able to use it, especially if it’s…(in) their medical records. They shouldn’t take that away because something bad could happen.”