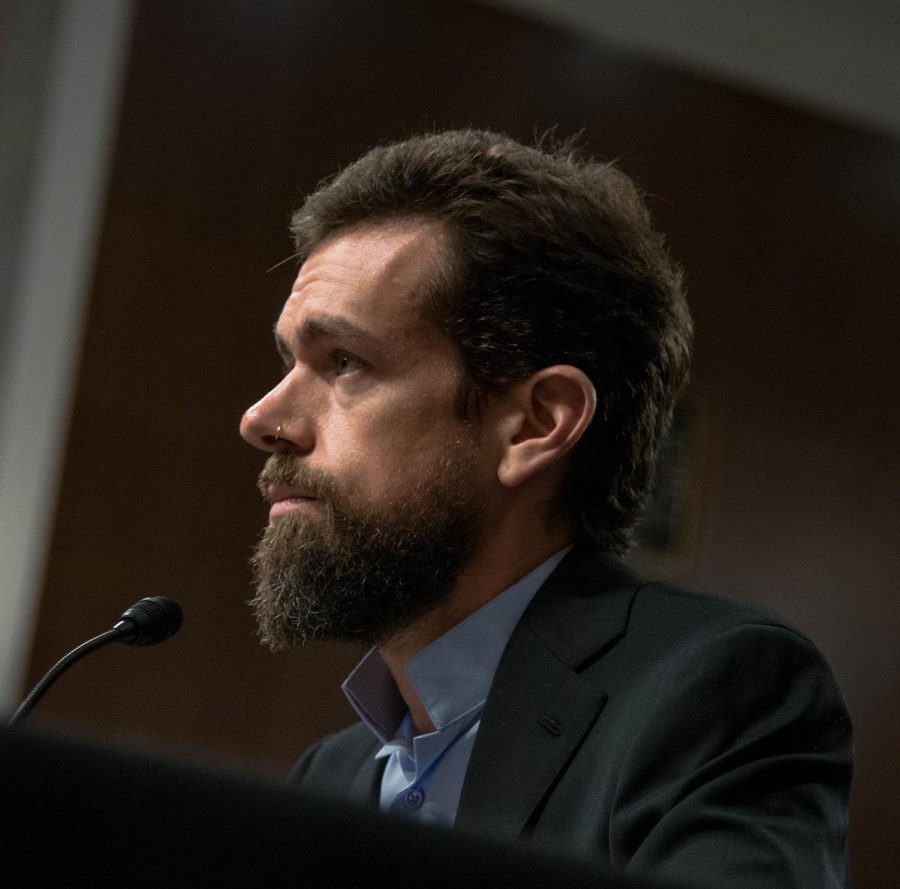 Founder and former CEO of Twitter, Jack Dorsey, who recently stepped down and passed on his role as CEO to Parag Agrawal. // Mark Warner via Wikimedia.

Twitter is a platform most known for allowing its users to freely express themselves in 280 characters or less. The site was founded in 2006, with Jack Dorsey, 45, acting as one of the CEOs until he was forced out of the role in 2008. He returned as CEO seven years later in 2015. Recently, however, Dorsey has stepped down after being the CEO of the site for a total of eight years.

In a Nov. 29 tweet announcing his resignation, Dorsey said it is “severely limiting” for a company to be led by its founder.

“I’ve worked hard to ensure this company can break away from its founding and founders,” he stated.

In the same tweet, Dorsey announced that he was appointing Parag Agrawal as Twitter’s new CEO. Dorsey added that Agrawal leads with “heart and soul” and described his trust in Agrawal as “bone deep.”

As reported in a Nov. 29 New York Times article, Dorsey has become more and more interested in cryptocurrencies and the idea of decentralized technology. According to several sources, Dorsey has been a fan of crypto for quite some time.

As reported by Protocol.com in November, Dorsey said, “If I were not at Square or Twitter I’d be working on bitcoin.”

This resignation may come as a shock to many, since Twitter has not been seen in the best light in recent years. The spread of false information has become commonplace on Twitter, and despite the site’s best efforts, it doesn’t seem to be going away anytime soon.

The Guilford community seems to have mixed reactions to Dorsey stepping down.

Guilford sophomore Kailee Hughes said that Dorsey’s departure is probably a bad thing, since there’s already a problem with Twitter users having their accounts hacked.

Hughes also fears that she and others who regularly use the platform “might have to start paying for something.”

Oscar Upshaw, a first-year student at Guilford, often uses Twitter to catch up on the latest sports news. He’s not sure of how Dorsey’s departure will affect the Twitterverse.

“Having someone leave is bad, in any manner, but… I don’t know how it would change the site,” Upshaw said.

“…(The site) might become similar to other platforms that have been doing better recently,” said first-year George Williams. “I think the new CEO might appeal to younger generations because Twitter now is mainly used for politics.”

According to the Washington Post, Dorsey’s resignation is unlikely to create immediate change within the company because of his “hands-off” management style. Dorsey stepping down is an example of what the Post describes as “a changing of the guard in Silicone Valley,” offering a glimpse into what the future may look like for this industry. Dorsey follows in the footsteps of other media companies whose founders have resigned as CEO, including Jeff Bezos’ resignation as CEO of Amazon in 2021.