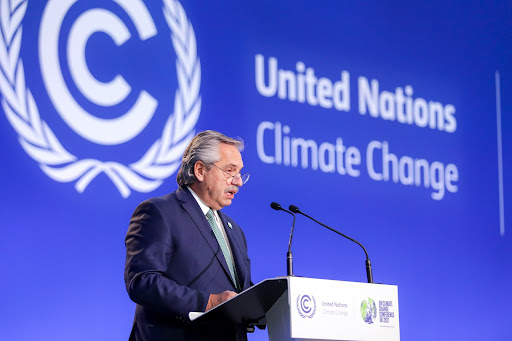 Walking through the campus of Guilford College, one really feels that nature is part of the College’s identity. The trees provide endless shade to protect us from the harsh summer sun, and act as a home for the famous Guilford squirrels that all students love.

Many Guilford students seem to appreciate the beauty of our nature-filled campus.

“I really enjoy my walks to class because nature seems to calm me down, and allow(s) me to get ready for class,” said environmental studies major Roman Robinson. “Something about having a clean and green place to call home helps me feel comfortable and proud to be a Guilfordian.”

Robinson, like many students at Guilford and across the world, is part of a growing group of young environmental activists who care deeply for the planet’s well-being. This week’s COP26 Climate Summit, during which world leaders sit and discuss how to tackle climate change, is very important to people like Robinson, who are concerned about the effects that climate change will have on their futures.

“I believe that climate change is an incredibly important issue because it affects everyone, not just me,” Robinson said. “It feels like the problems get worse and worse every year. This concerns me.”

“Climate change affects the people at the bottom the most…the middle and lower classes, and world leaders need to take into account that they are people too…not just a statistic.” Robinson continued.

Over 40 countries have stated that they will put an end to coal burning, but some of the biggest coal consumers did not sign the pledge, including China, the United States, India and Australia.

“It frustrates me, it really does, because big governments seem to worry about the economy more than our home,” Jimenes said. “If there was no Earth, then there would be no economy.”

According to the New York Times, Germany’s environment minister, Svenja Schulze, said that ending coal use was “essential.” The current rising temperatures could lead to massive destruction, which, as Robinson suggested, would most likely impact those at the bottom of the ladder.

The COP26 Summit has brought about a range of topics that impact all of us, most notably the elimination of carbon emissions within the next 40 years. According to the New York Times, one of the difficulties in achieving this goal is getting countries like China, Australia and Russia on board, because they still have not established significant plans to reduce these emissions.There is also very little funding from more developed countries like the United States to aid developing nations with climate change.

The New York Times reported that several important members of the United Nations, including Prime Minister Boris Johnson of the U.K. and U.S. President Joe Biden, arrived at the summit to hear how climate change specialists and other climate activists propose to resolve the situation. The main objective is to limit the rise in global temperature. Experts say if the average global temperature rises by more than 1.5 degrees Celsius (2.7 degrees Fahrenheit), we can face dangers, including stronger and more frequent hurricanes, floods and other natural disasters. Experts agree that these disasters will only get worse if we don’t reach net-zero carbon emissions.

According to El Financiero, activists took to the streets of Glasgow, Scotland to pressure officials to go to more extreme measures to stop climate change. Protesters said that government officials talked about their plans to stop climate change, but didn’t take steps to actually back up their words. Protests occurred in several major cities in Europe, including London, Parisand Istanbul.

As students here at Guilford College, we can all do our part to combat the climate change epidemic, but is our part making a big enough impact, or should big governments and corporations lead the way?

“Everyone is responsible for the mess we are in, politicians, big business and consumer(s),” Robinson said. “One small action we do can (impact) many others to make a change. When the environmental movement catches on, people will be accurately represented at a future climate change summit.”

As future leaders of the fight against climate change, Guilford students like Robinson and Jimenez are paying close attention to the COP26 Climate Change Summit. The U.N. has several decisions to make as they work to solve the climate change crisis, and their decisions will impact all of us here at Guilford.