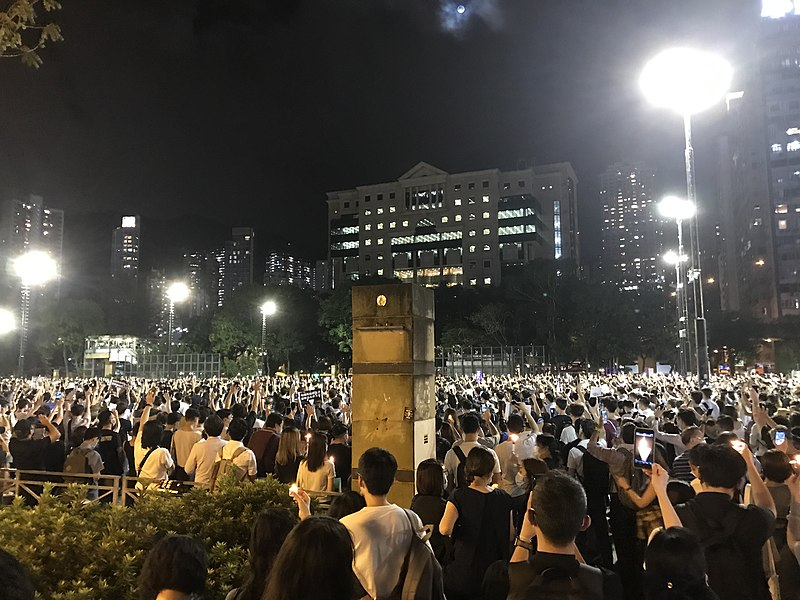 by Dasze, via wikimedia commons

China has instituted a new law that makes defamation of military deaths punishable with time in prison. Effective March 1, this law has already been used to arrest several journalists for their claims, even in online forums, against the Chinese army.

One of these journalists is Wang Jingyu. Although Jingyu currently lives in the United States, authorities in China are still trying to apprehend him. According to NPR, Jingyu commented that Chinese soldiers “deserved to die” in the case of border disputes between India and China in the Galwan Valley region that BBC called “a savage brawl.”

“Imagine saying that U.S. soldiers deserve to die in the middle East,” remarked Ryan Huang, a spokesperson for the Guilford Asian Society, in response to Jingyu’s comments online. “The guy went way too far.”

Huang’s response touches on a common issue in reporting on military deaths, especially in opinion reporting, which is what got Jingyu in trouble. The new law forbids criticism of those named “revolutionary heroes” and “martyrs.” This may be perceived as an attempt to limit freedom of speech, but it suggests a deeper significance of these casualties to the Communist Party in China.

“It has always been a very important part of education, from elementary to college, certainly in my experience,” said Guilford History Professor Zhihong Chen. “There were always a lot of songs, a lot of stories about the revolutionary martyrs who had sacrificed for the revolution and for the new regime.”

The new law reflects this larger symbol of strength and dedication that martyrs fulfill to the Chinese government.

“Because it’s so important to legitimize the current government, if the narrative is that so many people have sacrificed their lives to protect the regime, then it carries a strong moral meaning for the people,” said Chen. “If anybody is against it, you’re not just against the government, you’re against the sacrifices of many people who have used their lives to protect it.”

This perception of loyalty is something that has been reported on frequently, as similar legislation was proposed in China in 2018. Then, the Washington Post called this sentiment a “part of a much broader and long-standing attempt by the Communist Party to mold or rewrite history in its interests.”

Although there is a history of the Chinese government controlling the press, the intent behind their actions may not be rare.

“In every country’s history, normally, there is a pantheon of martyrs or prominent figures who were written into the official history, who were taught in schools, so I don’t think this is particularly characteristic of the Chinese government,” said Chen, “and certainly, how history is written, told, taught, is a strong way of shaping the citizens and standings of really everything—not just politics, but also the world.”

Chen highlights a flaw in the suggestion that the perspective that each military casualty represents a life wholly dedicated to the country fought for is unique to the Chinese government. While this sentiment is common globally, it is still fairly crucial to understanding the efforts of the party in power.

“So, I think this is typical of every government, but China specifically because of the need to mold and to shape how people view politics and the world,” continued Chen.

Chen clarified that this “need” seems to stem from an “erosion of the public trust in the government and its legitimacy.”

Especially in recent years, there has been an increase in tensions between China and other countries worldwide, evidenced by the trade war between China and the U.S., which began during Donald Trump’s term as president, and the recent trade conflict with the European Union. In light of these tensions, reporting from Western media outlets can sometimes reflect bias against China, especially as worsening relations affect access to information.

“So, if you look at contemporary political issues, there is an issue of accuracy and how much do we really know,” Chen said, “and we’re less sure than before when the U.S. and China had better relations.”

There is an additional issue, as critical reporting can sometimes mistakenly result in negative implications about culture rather than politics.

“The current government led by the Chinese party is a pretty recent thing…This is very short compared to the long thousands of years of Chinese culture, so we need to make a distinction between the two because the Chinese culture eventually outlives any Chinese government,” said Chen. “We want to avoid throwing the baby out with the bathwater.”

This idiomatic comparison, although lighthearted, reflects an issue that consumers of Western media may not be absorbing a complete report on certain topics. For example, the story of China’s law must be understood within context.

“This is the centennial year. Everything is kind of more than at other times,” Chen said.

The 100-year anniversary of the founding of the Chinese Communist Party is approaching in a few months, meaning that the conditions under which this law is implemented are crucial.

“There is a heightened sensitivity toward any criticism, any suspicious defamation of the martyrs,” Chen continued.

Although Chen pointed out that the law is a “bad move,” it is implemented in an environment where loyalty is more massively emphasized than ever.