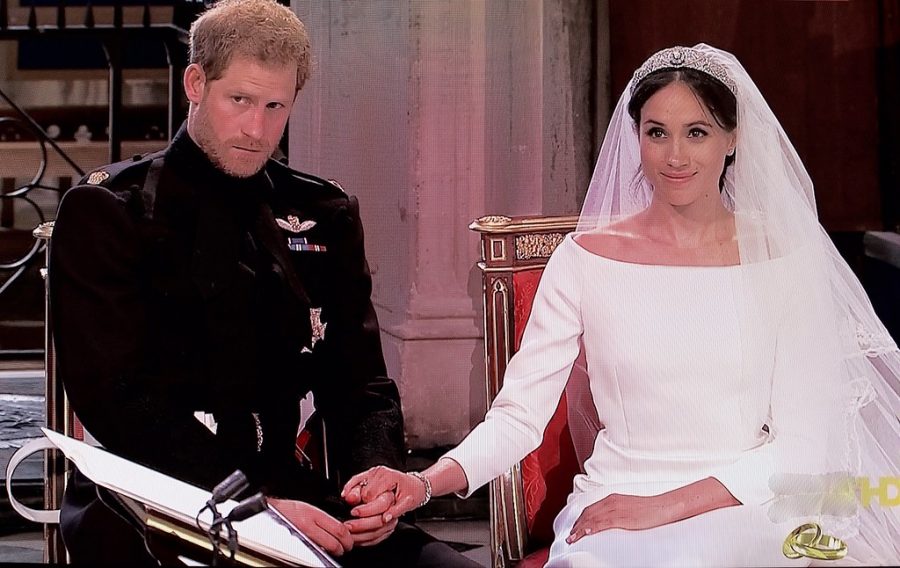 On March 7, the Duke and Duchess of Sussex, Prince Harry and Meghan Markle, sat down with Oprah for one of the most highly awaited interviews in modern memory. The interview drew the attention of an estimated 17.1 million viewers on CBS, attaining almost double the number of views that shows with top prime-time ratings obtain on average. Originally slated for 90 minutes, the interview aired as a two-hour special.

In the interview, the former royal couple, who resigned from their formal royal obligations last year to start a new life in the private sector, explained the circumstances that led to their departure from the royal family.

They described how from the start of their marriage, the press targeted Markle with racist comments. Discriminatory media coverage about Markle, from accusations of bullying and diva behavior towards royal staff members to headlines falsely connecting her with gang activity and describing her as “(almost) straight outta Compton,” came one after the other, Markle said. While she and Harry both filed privacy lawsuits against the tabloids, they stated that this failed to give them the protection that they needed. The couple said that when they went to the royal family in hopes that they would address false headline claims and provide them with security, the royal family denied them.

“For us, for this union and the specifics around her race, there was an opportunity — many opportunities — for my family to show some public support,” Harry said. “Yet no one from my family ever said anything. That hurts.”

Markle further explained the situation, saying that she came to an understanding that the royal family was “willing to lie to protect other members of the family, but they weren’t willing to tell the truth to protect me and my husband.”

Markle said that this negative tabloid coverage and the lack of support felt from the royal family hurt her mental health. She described how when she asked a senior royal about the possibility of entering an in-treatment mental health care facility, they told her that it “wouldn’t be good for the institution.” Markle then revealed that she experienced suicidal thoughts.

“I just didn’t want to be alive anymore,” she said.

The couple said that they made the final decision to leave because of their concerns about the safety and treatment of their son, Archie. The royal family decided not to grant their son the title of prince, or the attached security that comes with that title. Markle stated that the multiracial identity of their child significantly influenced this decision. She said that decisions about title came in conjunction with  “concerns and conversations about how dark (their child’s) skin might be when he’s born” from those in the royal family.

Queen Elizabeth responded to these allegations of racist treatment on March 9.

“The issues raised, particularly that of race, are concerning. While some recollections may vary, they are taken very seriously and will be addressed by the family privately,” the queen stated.

Women and Gender Studies Professor Tiffany Holland was not surprised by the revelations of the interview.

“The press’s continued scrutiny on how Markle dressed, what she ate, whether her facial structures were ‘authentic’ or not—it is simultaneously gross and expected,” she said. Holland stated that Markle’s experiences reflect common experiences that women of color have with racism and sexism as many are faced with “the expectation to be grateful for being allowed in certain spaces; casual racism when people feel comfortable enough with you to finally feel comfortable asking questions they know they shouldn’t be asking; the gaslighting that claims you are not experiencing what you say you are experiencing; the constant comparison of you with (other women), where you are more often than not found lacking.”

She also stated that the mistreatment Markle faces has extensive roots in Britain’s violent history of colonialism and treatment of black and brown former dependencies as “uncivilized, crude, (and) unworthy…”

“The institutions that the royal family represents—the British monarchy, empire, white supremacy, and gross income inequality—has been the main perpetrator of black and brown trauma around the globe for centuries,” she continued. “You cannot be surprised that there is a person of color speaking out how being in close proximity to all this is going to be struggling with their mental health.”