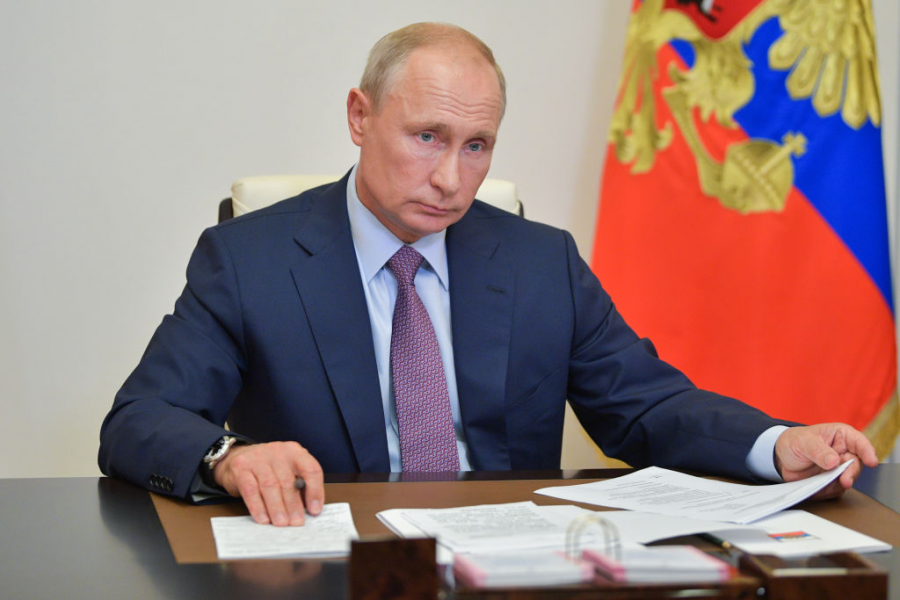 Russian President Vladimir Putin may be planning to resign, according to some sources.

After spending over eight years in public office and in other positions of power for over twenty, the President of Russia, Vladimir Putin, is rumored to have plans to resign.

Putin’s leadership style is widely controversial. In the past, Russia has been known for its secretive government and strict regulations. In 2000, during Putin’s first term as president, he closed several media outlets and criminally prosecuted the owners of the companies. Putin was reelected for a second term, but many questioned the legitimacy of his win. Despite controversy surrounding him, Putin has served four terms as the president of Russia.

Vladimir Putin has been rumored to be entertaining plans to resign amidst claims that he has been exhibiting early signs of Parkinson’s Disease, Moscow Political Scientist Valery Solovei suggests. While no plans have been officially announced, Solovei has speculated that Putin’s family has encouraged him to leave office.

“There is a family, it has a great influence on him. He intends to make public his handover plans in January,” says Solovei.

The Sun, a UK tabloid, released a story claiming Vladimir Putin was resigning as president amid health concerns.

“Observers who studied recent footage of Putin noted his legs appeared to be in constant motion and he looked to be in pain while clutching the armrest of a chair,” The Sun reported. Due to this condition, speculators claim Putin will announce plans to leave the Russian government in January of 2021.

“Obviously his health comes first and he needs to focus on himself,” said first-year  political science major Jennifer Trejo-Garcia. “Putin leaving all of a sudden after the United States election seems odd to me.”

The Kremlin, however, denied any claims that Putin was resigning, “Everything is fine with the president,” said Kremlin spokesperson Dmitry Peskov. “It’s absolute nonsense.”

When asked if Putin was planning to step down soon, Peskov said no. “He is in excellent health,” Peskov added.

While the specific reasons of why Putin may be planning to resign are unclear, the rumors come at a time when Russia’s legislature has proposed a bill that grants both ex-presidents and sitting presidents lifetime immunity to criminal prosecution. The bill also makes it possible for Putin to run for another term in 2024.

It comes as a surprise to many that Putin may be entertaining the idea of stepping down, after occupying a position of political power for over 20 years.

“It sounds like rumors in order to keep the press on their toes,” said Taheerah McKinney, a first-year international studies major at Guilford. “Putin may have a disease, but he’s probably not going anywhere. I believe the rumors are swirling to alleviate public fear and give citizens hope, or at least foreign enemies. It leaves people pondering about what’s going on.”