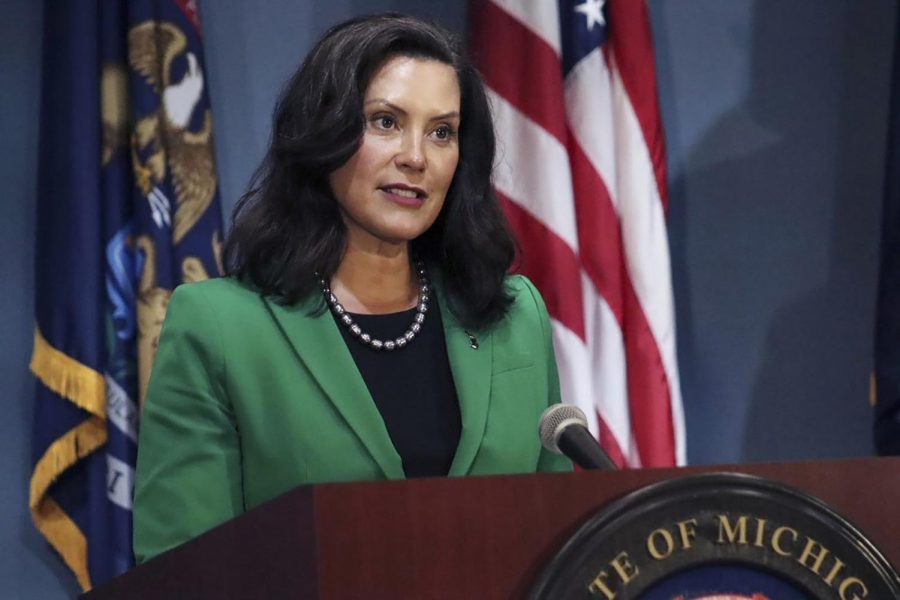 On Thursday, Oct. 8, officials announced the arrest of thirteen men affiliated with an anti-government group. According to the New York Times, the men were charged with terrorism, conspiracy and weapons crimes. Six of these thirteen men were also charged with the attempted kidnapping of the sitting governor of Michigan, Gretchen Whitmer.

Whitmer has recently faced scrutiny from Republican government officials and right-wing protestors for “measures she imposed to try to control the spread of the coronavirus,” the New York Times reported.

More specifically, according to the Washington Times, Republican legislators sued Whitmer in May for the executive order in which she imposed a lockdown in response to the coronavirus. The Wall Street Journal disclosed that in April of this year, right-wing protestors took to the Michigan state capitol, armed with AR-15-style rifles, calling on Whitmer “to reopen businesses barred from operating during the coronavirus pandemic.”

In August and September, Whitmer’s attempted kidnappers spied on her in her summer home, and even planned to meet up to purchase explosives and trade tactical gear, the Greensboro News and Record reported.

In the criminal report for this case, Richard J. Trask II, an F.B.I. special agent, claimed that the men “indicated that they wanted to take Ms. Whitmer hostage before the election in November, and one man said they should take her to a ‘secure location’ in Wisconsin for a ‘trial.’”

According to the New York Times, the men met several times over the summer for weapons trainings, combat drills and instructions on how to make explosives. They also held covert meetings in the basement of a shop, accessible through a trap door hidden under a rug, to further plan the kidnapping.

Ken Gilmore, a political science professor at Guilford, shared his views on the situation.

“The right-wing terrorists who allegedly plotted to kidnap Governor Whitmer, while they may not applaud the crime, I’m afraid many of our compatriots support the sentiment behind it,” Gilmore said, emphasizing the great threat that these paramilitary groups pose for not only government officials, but also the general foundations of democracy.

Gilmore also expressed his general fears about the growing population of alt-right domestic terrorist groups, and the media’s lackluster coverage of such paramilitary groups.

“I’m afraid that the media are not paying enough attention to the rise of right-wing terrorism in this country,” Gilmore stated.

He isn’t the only one connecting Trump to the incitement and escalation of said alt-right groups.

The New York Times noted that “Ms. Whitmer and Dana Nessel, the Michigan attorney general, tied the extremist plot to comments from President Trump and his refusal at times… to condemn white supremacists and violent alt-right groups.”

The fact of the matter is, powerful government officials place a lot of blame on Trump being the catalyst for this particular terroristic plan, which leaves a lot to worry about, especially considering the dictator-like loyalty of his supporters and his influence over them.

Trump’s failure to denounce white supremacists last week during the presidential debate left Gilmore “horrified that the president continues to dog-whistle his encouragement of it.”

These militias and domestic terrorist groups especially pose harm during such a sensitive and unknown time, during one of the most vital elections in decades. The Wall Street Journal reports that law enforcement officials and researchers have an expressed apprehension that private militias will show up at Election Day polling sites.”
This increases concerns for the sanctity of American democracy.