Her legacy and what her death means for the Supreme Court 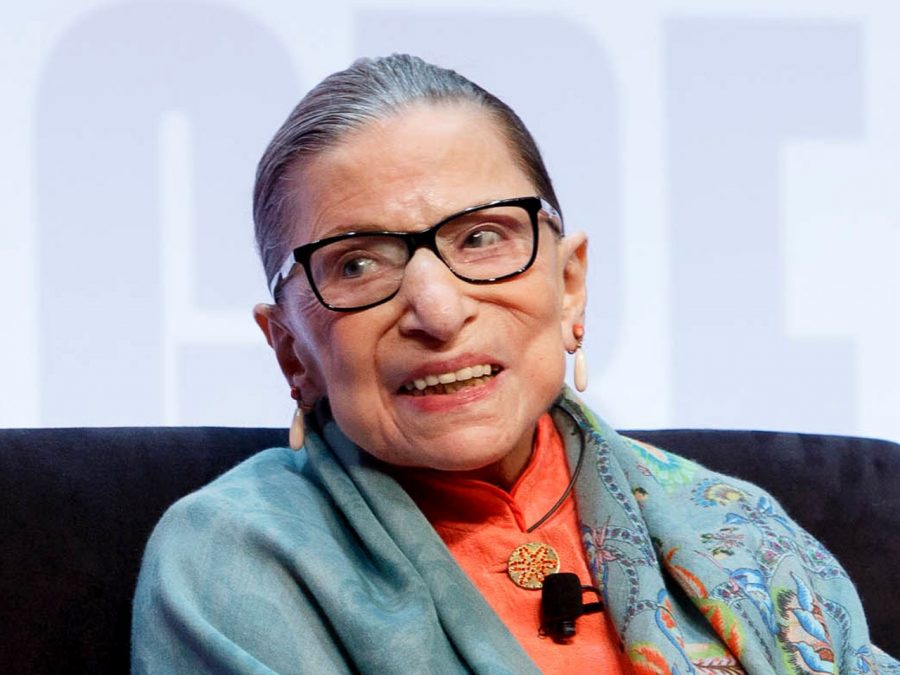 On Friday, Sept. 18, Associate Justice Ruth Bader Ginsburg passed away in her home at the age of 87 due to complications of metastatic pancreatic cancer. Throughout her years on the Supreme Court, she earned the nickname of the “Notorious RBG” due to her constant fight for equality.

When she was appointed as Chief Justice of the Supreme Court by Bill Clinton in 1993, Bader-Ginsburg became the second woman to serve on the Supreme Court. A champion for anti-discrimination laws and a pioneer for women, she is known for her work upholding Roe v. Wade, as well as the Equal Credit Opportunity Act, which allowed women to sign a mortgage or bank account without having a male co-signer.

Aside from her work in the courtroom, Bader-Ginsburg authored a book in 2016 entitled “My Own Words.” The book includes her own writings and speeches. She also taught at Rutgers Law School starting in 1963. Bader-Ginsburg became the first woman granted tenure while teaching at Columbia Law School in 1972, and she campaigned for and succeeded in providing equal pay for the women teaching at Rutgers.

In a press release about RBG’s death, the Supreme Court Chief Justice John G. Roberts, Jr. said, “Our Nation has lost a jurist of historic stature. We at the Supreme Court have lost a cherished colleague. Today we mourn, but with confidence, that future generations will remember Ruth Bader Ginsburg as we knew her — a tireless and resolute champion of justice.”

Bader-Ginsburg is the first woman and Jewish person to lie in state in the U.S. Capitol. Her casket lay in repose on Sept. 23 and 24 for public viewing. According to National Geographic, thousands of people went to pay their respects to RBG. She will be laid to rest in Arlington National Cemetery next to her husband, Martin Ginsburg.

Despite the fact that Bader-Ginsburg died within two months of the presidential election, President Trump has already announced his candidate to fill the vacant seat on the Supreme Court. The Senate plans to vote on Trump’s nominee, Judge Amy Coney Barrett, before Election Day on Nov. 3. This goes against RBG’s dying wish that the Supreme Court seat be filled following the election.

Mitch McConnell, the Senate majority leader, has pushed to vote on a nominee to replace RBG before the election, despite the precedent set by his opposition to President Barack Obama’s desire to appoint a new Justice before the 2016 election after Antonin Scalia died.

“The American people should have a voice in the selection of their next Supreme Court Justice. Therefore, this vacancy should not be filled until we have a new President,” McConnell said in a Facebook post on Feb. 13, 2016. McConnell advocated for the next president to select a Supreme Court Justice, even though the election in 2016 was 270 days away. Obama did not appoint a judge in those 270 days.

The Senate is going forward with plans to vote on a new justice, but some Senators have opposed the nomination. According to The Washington Post, Republican Senators Lisa Murkowski and Susan Collins do not support nominating or filling RBG’s seat until a president is elected in November.

Despite the controversy around the selection of a new Supreme Court Justice, Ruth Bader-Ginsburg has been praised as an exceptional woman who fought for equality.

“I’m deeply saddened by the loss of RBG,” said sophomore Olivia Cunningham. “I will be forever grateful for her determination, courage, and sacrifices made in the name of upholding justice. An activist, a mother, a badass, a judge; this country can feel her absence already.”