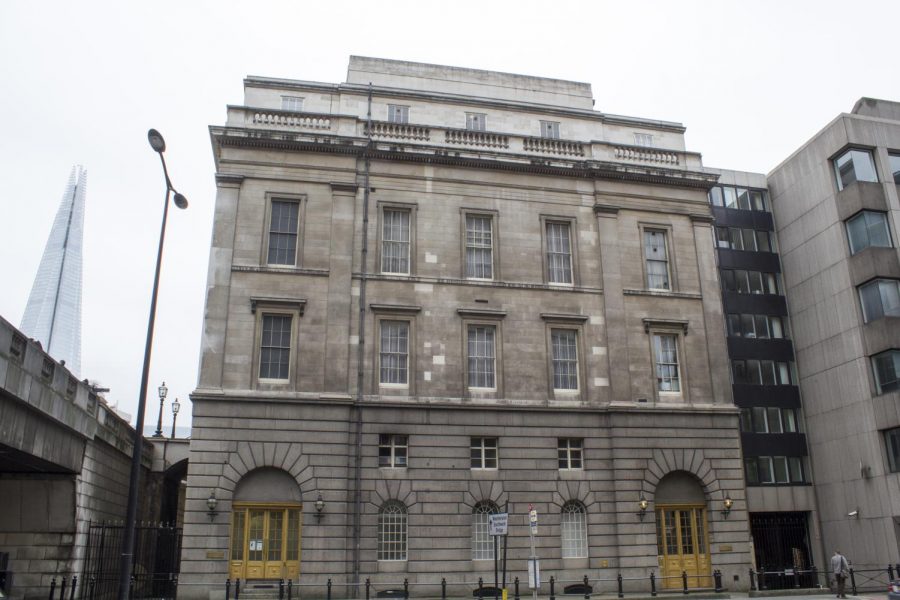 An image of Fishmonger’s Hall, where the attack began.

On Nov. 29, 28-year-old British native Usman Khan threatened to detonate a fake suicide vest in Fishmongers’ Hall in London before stabbing five people. Two of them were killed and Khan was shot dead by police.

According to The Telegraph, Khan acted like he would set off the vest and proceeded to attack people inside the hall with kitchen knives taped to his wrists. Many fled, although some people fought back. One man in particular brandished a narwhal tusk, an item adorning a wall, to defend himself. Khan ran from the scene, attempting to stab pedestrians at random.

London resident Olivia Bizot told German-based media outlet DW News that the scene was chaotic. “Suddenly … floods of incredibly panicked people were heading towards me and literally sprinting for their lives,” she said.

After he fled Fishmongers’ Hall, Khan was disarmed by a plainclothes police officer and subdued by bystanders outside before being killed by police.

Fishmongers’ Hall is adjacent to London Bridge, a landmark for the city of almost nine million people. Khan had been attending an offender rehabilitation conference sponsored by Cambridge Institute of Criminology. An annual event, the conference attempts to bring people who are arrested and convicted safely back into society.

Khan served time from 2012 until 2018 for an MI5-investigated “Christmas terror plot,” in which he planned a series of parcel bombs and attacks against London landmarks. Khan’s sentence was recommended to be almost double the time he served, but he was released on license in 2018. Criminal “license” is similar to the United States’ idea of probation, with requirements like attendance at certain meetings and compliance with an electronic tracker.

The news of a “London Bridge attack” may sound eerily familiar to some—at that very location two years ago, a terrorist drove a van into a large crowd of pedestrians. That June 2017 attack took the lives of eight and wounded dozens more. Many mainstream media sources have reported that Europe may be experiencing an intense upswing in terror attacks.

“In the past few years, there have been a lot of headlines about stuff like what happened in France, or something I specifically see as a trend that has been reported on, which is car attacks,” said Ben Clark, a senior and English major at Guilford.

However, the news may be overinflating the problem. Ken Gilmore, a professor of Political Science, dismissed the terrorism panic as mostly exaggerated.

“Let’s differentiate between terrorism and hate crimes. If you look at the data, terrorist attacks remain very rare in Western Europe, accounting for less than .01 percent of all deaths,” Gilmore said. “Most terrorism is confined to Africa and the Middle East. So, these types of attacks are not a global trend.”

“However, yes, hate crimes are on the rise, and this rise correlates nicely with the rise of right-wing nationalist parties,” he added. “Our best guess is that this correlation has to do with economic dislocation and immigration (e.g., the refugee crisis in the ME).”

“It’s a difficult question … Democracies are soft targets. Yet, if you increase surveillance, you lose democracy,” Gilmore said. “One question: if the attack had happened in the U.S., what do you think the chances are that the attacker would be carrying an AR-15? My point: putting more guns into the equation is certainly not the solution.”

Political Science Department Chair George Guo had his own suggestions.

“Some measures may reduce the vulnerability of venues to terror attacks,” Guo said. “They include tougher sentencing against terrorists, and the establishment of the programs that work on debunking extremist mindsets.”

With new details surfacing about the attacker, the London police force continues to investigate this case.