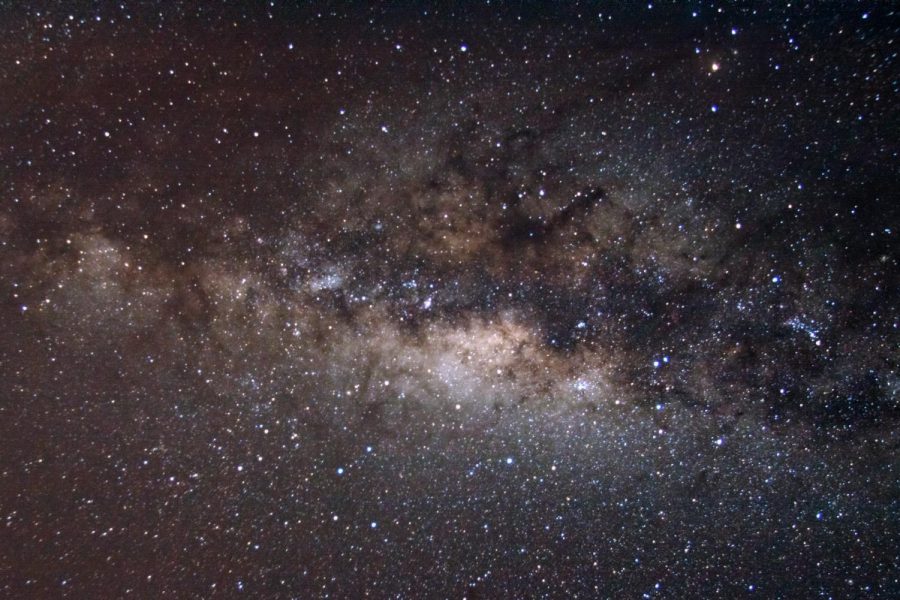 A quiet, peaceful place filled with stars, planets and asteroids. If you are like most people, this is how you imagine our galaxy, the Milky Way. Until recently, this seemed to be the truth. However, researchers have discovered traces of cosmic activity that prove our galaxy is more dynamic than we once thought.

A massive explosion at the black hole in the center of our galaxy sent cones of highly ionized radiation outwards through space. The explosion was so massive that it reached the Magellanic Stream, a cosmic body of gas 200,000 light-years away from the Milky Way.

The team came to their conclusion after studying data collected by NASA’s Hubble Telescope. They found that gas clouds in the Magellanic Stream were highly ionized, meaning that the atoms in the gas cloud were struck by other atoms from the explosion in the Milky Way. These atoms were moving so fast that they added or removed electrons from atoms in the Magellanic Stream.

The conclusion that clouds of ionizing radiation from the center of the Milky Way caused the highly ionized particles in the Magellanic Stream is completely plausible because of the relative location of the stream to our galaxy.

In a universe that is estimated to be 13.8 billion years old, 3.5 million years is a relatively short amount of time; our hominid ancestors had already begun migrating across Africa, the birthplace of humanity.

Known as Australopithecus, these humanoid creatures appear to be more like apes than humans. While they were nowhere near as evolved as modern humans, they were bipedal and had teeth similar to homo sapiens.

Australopithecus could have seen the explosive light show take place above them. As their brains were not as developed as ours, they lacked the cognitive function to comprehend or record what they observed. The cones of radiation would not have affected them because of the distance and direction the cones fired in.

Other than proving that our ancestors watched the cosmic event overhead, the study also presents researchers with evidence that the Milky Way is much more active than once believed.

“The center of the Milky Way is a much more dynamic place than we had previously thought. It is lucky we’re not residing there,” said Lisa Kewley, director of the Arc Centre of Excellence for All-Sky Astrophysics, in a press release for Business Insider.

Andrew Song, a student at Guilford, agreed with Kewley about the implications of residing in a dynamic galaxy.

“A dynamic galaxy means a lot of bad stuff can happen in my lifetime,” Song said.

Abdullah Shahid, a first-year at Guilford and a fan of astrophysics, took a more positive approach on the recent findings.

“A dynamic galaxy is always changing and has unique systems, allowing it to create new stuff and destroy old stuff,” Shahid said.

This scientific discovery advances our knowledge of our galaxy and the systems within it. However, the phenomenon that took place 3.5 million years ago raises more questions about black holes than it answers. With continued scientific advancement, we could see further breakthroughs in the field of astrophysics very soon.