United Nations issue early warning to the US 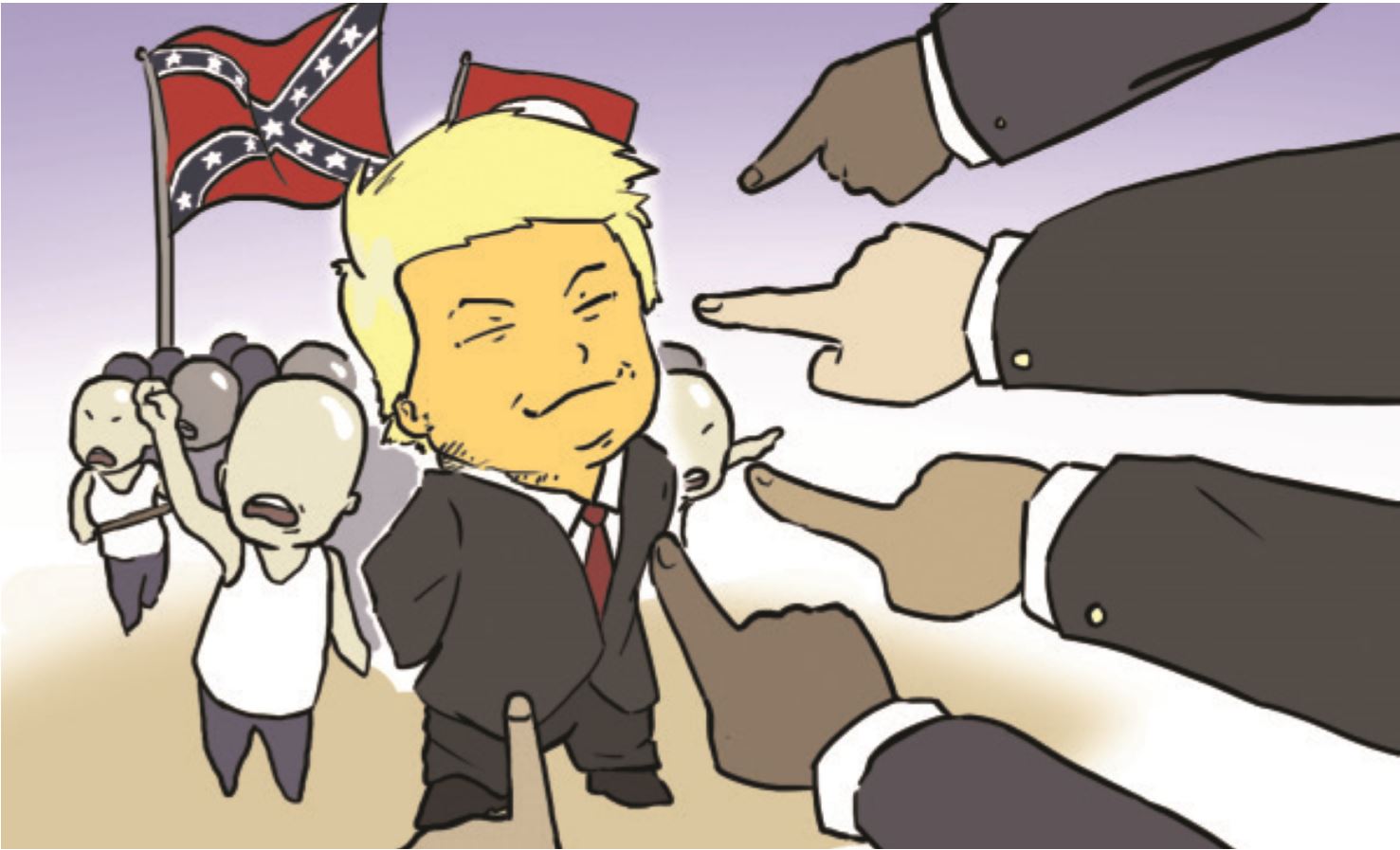 On Aug. 18, the United Nations issued an early warning to the United States, based on recent events in Charlottesville, Virginia.

During the rally in Charlottesville, VA, a car collided with a group of opposing protesters, injuring 19 and killing one.

Following Burundi, Iraq, Ivory Coast, Kyrgyzstan and Nigeria, the United States became one of six countries in a decade to be warned for violence, racial discrimination and xenophobia.

The warning was considered as a direct response to the behavior of white supremacists.

“We are alarmed by the racist demonstrations,” said Committee for Elimination of Racial Discrimination president Anastasia Crickley. “With overtly racist slogans, chants and salutes by white nationalists, neo-Nazis and the Ku Klux Klan, promoting white supremacy and inciting racial discrimination and hatred.”

Furthermore, the United Nations’ committee may have been concerned with President Donald Trump’s reaction to the events.

“We condemn in the strongest possible terms this egregious display of hatred, bigotry and violence on many sides, on many sides,” Trump said less than 24 hours after the incident.

The warning has generated mixed reactions at both Guilford College and on the national stage.

“Where was that when there was slavery? Where was that during World War II? I guess nowhere, right?” said senate treasurer Celene Warren. “It’s like the same thing America did for Latin America, Germany and all those other places, so I mean it’s a little ironic. But I don’t see it being wrong. Shouldn’t we follow the rules we create?”

Others echoed this sentiment, citing the warning as timely and necessary.

“I think the white nationalist group is, first and foremost, a terrorist group,” said sophomore Joshua Jarrett. “This is not an issue of freedom of speech, this is a matter of the security of American lives and terrorism. So, I think the U.N. was more than justified because the U.S. and the current administration are not doing nearly what they need to be doing for this.”

This is not the first hate crime to be witnessed on American soil, and it is doubted to be the last.

“We’ve been seeing a rise in hate crimes, I’m sure you know, across the nation,” said political science professor Maria Rosales. “The actual white supremacist people are trying to mainstream white supremacy, and by that, I mean not just like systems of white supremacy, but individuals who think white people are superior.”

“There are also things like the incredible green lights they’re giving for police brutality and things like that. I think the UN is right that this is a dangerous situation that could get a lot worse,” Rosales said.

Taking into account the history of the United States related to white supremacy and the violence it can cause, some are not surprised this issue has gained international attention.

“When you take in historical context, there are those who had been oppressed, and those that did the oppressing,” said Jarrett.