Internet both Westernizing and opening new lines of communication 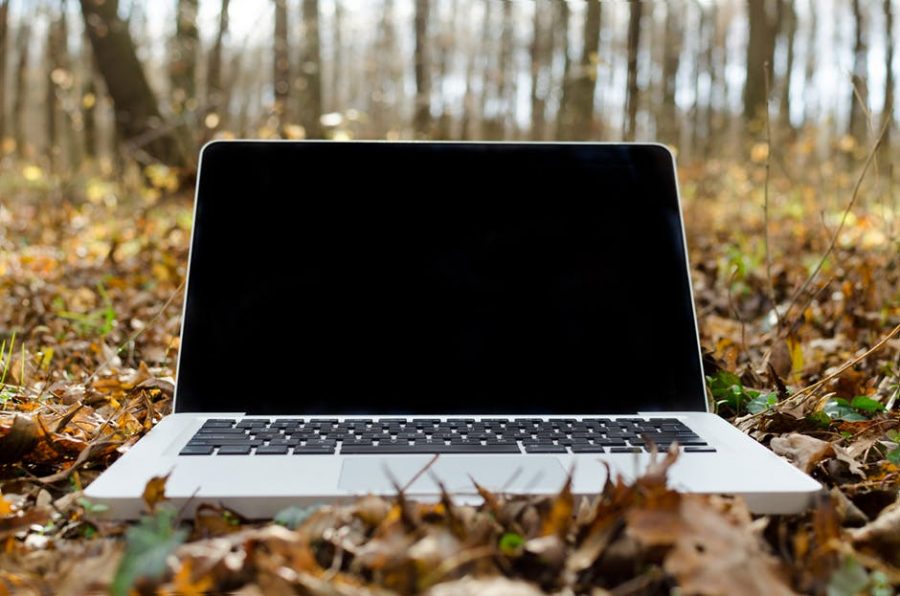 “I spend about six hours on the internet per day,” said Early College student Justin Kerr.

“I use the internet for almost everything: homework, enjoyment, pleasure, looking at stuff, gaming. I don’t remember a time when there wasn’t internet. I’m only 17.”

The invention of the World Wide Web in 1990 by computer scientist Tim Berners-Lee revolutionized communication and education.

“We’re lucky,” said Early College student Ryan Townsend. “We have all the knowledge we could ever want at the press of a button.”

Yet, this “luckiness” extends to less than half of the world. According to a report released by International Telecommunications Union/UNESCO Broadband Commission for Digital Development in 2015, 57 percent of the world population is offline.

“My understanding for Facebook’s initiative is that in most remote places they are trying to do satellite internet connection,” said IT&S Help Desk Team Lead Ian Hulsey.

“The internet signal will come from a satellite orbiting the earth. The idea is that if you are getting a signal from space, then you can have connection in even the most remote locations.”

However, these efforts by some of the largest technology companies raise important questions about motives.

“I do not know that this is necessarily a humanitarian effort,” said Director of Information Technology and Services Chuck Curry. “I think this is an effort to try and dominate different areas of the world by picking up and locking in markets.

“Is Facebook going to grow anymore in the United States? Likely not. They must go somewhere else. They have to keep growing in order to make a profit.”

On the other hand, in a speech at the United Nations in September of 2015, Facebook co-founder Mark Zuckerberg claimed to have charitable goals in mind.

“When communities are connected, we can lift them out of poverty,” said Zuckerberg.

Leaders of these internet initiatives believe in their positive implications.

“As nice as it is to have functioning internet, it is just as important that (people) have the other necessities that may be a little more important like running water, food and infrastructure,” said Hulsey.

In addition, the internet connectivity proposed by these technology companies may not match up to the 4G LTE wireless broadband that companies like Verizon and AT&T advertise.

“You cannot deliver the same 3G, 4G, 5G technologies into all these places,” said Curry. “Here in networks, we call it the last mile problem: how do you get great internet connectivity in homes? Now expand that problem to the rest of the world. People are trying to do that and do it with low bandwidth.”

Technological and economic impacts aside, these programs would provide internet access to some of the most remote communities in the world.

“We have to be careful with advancements in technology,” said Townsend. “What part of our culture and history are we giving up as we advance to these new technological heights?”

For cultures reliant on oral traditions and refined rituals, the impact of the transition into the digital age cannot be understated.

“We are going to homogenize these societies,” said Curry. “Traditions and practices that might have been unique to them will now be everywhere or not be there anymore. We as a people have a tendency to do that.”

Curry cited the commercialization of the super grain quinoa. After the grain was discovered in Peru, Andean farmers were forced to compete with modern farming technologies whose yields are eight times higher.

“The native quinoa eaters are now having trouble getting it because it is all being exported,” said Curry.

For developed societies, the internet serves as the basis for communication, education and information. But what about communities who have never depended upon it?

“By introducing the internet into these cultures, we are Westernizing them,” said Kerr. “While we say we are ‘diversifying,’ we may be destroying their culture to add to ours.

“Where do you draw the line between destruction and integration?”

Ultimately, these initiatives beg the question of the feasibility of bridging the varying realities in the world.

“In a perfect world, all things being equal, access to accurate information, if it is not a human right, it is really close,” said Hulsey.