Leslie Odom Jr. sets up third Bryan Series to be a hit 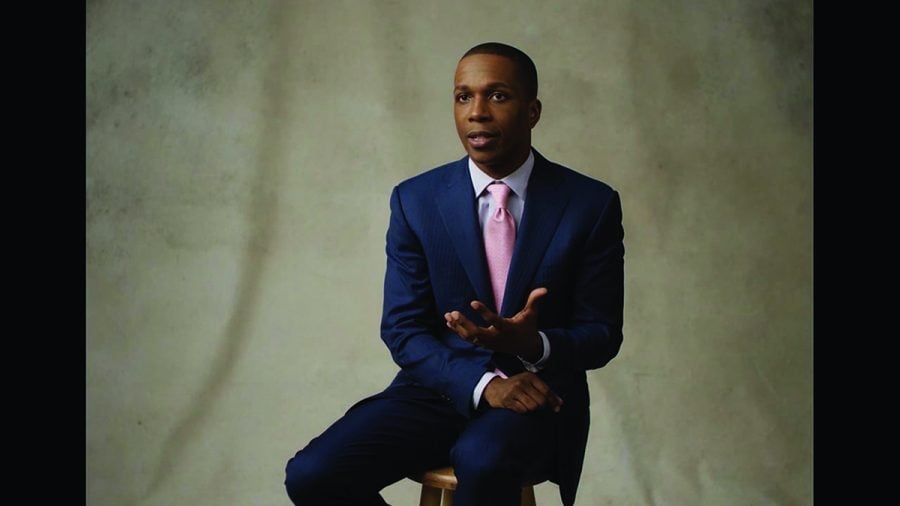 Leslie Odom Jr.’s career exploded in 2015 when Hamilton premiered on Broadway. Combining a traditional Broadway atmosphere with hip-hop songs and a historical storyline, the show gained a massive following and won 11 Tony Awards in 2016. Odom Jr. carved out his own piece of this spotlight starring as Aaron Burr, Hamilton’s rival.

“(Odom Jr.) is most well-known for his work with the musical Hamilton which is really a phenomenon in terms of educating people about history,” said Ty Buckner, associate vice president of alumni and constituent relations.

Odom Jr. will be speaking at the Greensboro Coliseum through the Guilford College Bryan Series on Nov. 15. He will be talking about his life and doing a small musical presentation, the third time that the series has featured a speaker who has added a musical performance to their act.

“(Leslie will) be singing about four musical selections accompanied by a band,” said Buckner. “For our third event of the series, we’ve got a really entertaining evening that will also be educational.”

Odom Jr.’s appearance will follow the first two notably successful speakers. Lisa Genova’s Oct. 25 presentation was rated by subscribers one of the top ten presentations since 2009, with over 2,000 people in attendance and a 94 percent satisfaction rating.

The goal of the Bryan Series is to present a wide range of speakers focusing on public affairs, the arts and humanities. Odom Jr. stands out as a leading figure in the arts.

“An emphasis we have in our series is to bring people who have accomplished a lot in their career (to speak), even if they’re still relatively young,” said Buckner. “(Odom Jr.) is in that category.”

Odom Jr. also follows the recent trend in the Bryan Series of young, successful speakers. His career was greatly bolstered by Hamilton, and he will be playing Dr. Arbuthnot in the remake of “Murder on the Orient Express,” which comes out Nov. 10.

Director of the Bryan Series Suzanne Ingram feels that Odom Jr. brings great value to the campus, especially for those in the preforming arts, but also for those who are interested in history. She also believes that Odom Jr.’s popularity is partly due to his diverse background in theater.

“He is well-rounded in that he is popular because of Hamilton, and that is what brought him out to the forefront with the subscribers,” said Ingram. “But he has such (a) diverse background (in theater) as well.”

Odom Jr has worked previously as a musician, actor and dancer.

“He is truly a rising star, and that is another thing we like,” said Buckner. “If it can be arranged, we really like to bring speakers (to the Bryan Series) who are at a very active point in their careers.”

Odom Jr. will also be speaking at Guilford on the day of his presentation at the Coliseum. He will speak to students at a small question and answer session at 4 p.m.

His presentation will be the final one of the first semester. The series will restart next semester with Reza Aslan, the author of several books including “Zealot: The Life and Times of Jesus of Nazareth” and “No God but God: The Origins, Evolution, and Future of Islam.”