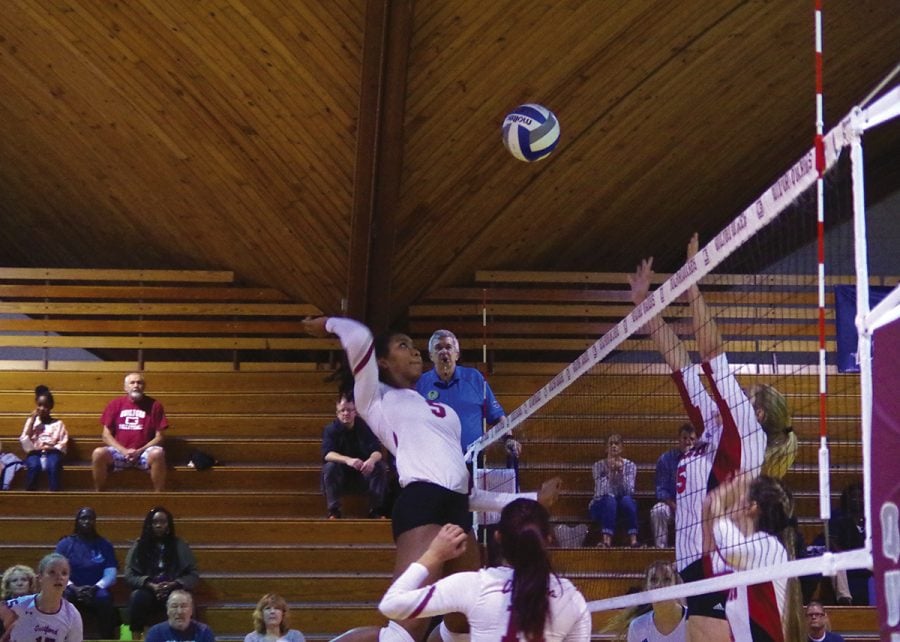 The Guilford College volleyball team has positioned itself in for a spot in the Old Dominion Athletic Conference playoffs. A record of 15-9 and a 6-5 conference record has put the team in sixth in the conference. The team was on a seven-game winning streak until they lost last Saturday, Oct. 20 to Bridgewater College.

With last year’s team ending their season with a 12-11 record, the Quakers are achieving a better outcome this season.

“I believe the best aspect of our team would have to be our family mentality, we are close on and off the court” says junior outside hitter Aeryal Ceaser. “If we improve on discipline, hold people accountable in game and also in practice we will have success.”

Guilford continues to flourish late in the season and looks to advance far in the ODAC playoffs. The team is playing this year without any seniors and younger student-athletes have had to step into leadership roles.

“Obstacles we face would have to be communication and trying to find a way to give each player what they need to be better, we all have different backgrounds of coaching styles and we all respond to things differently,” said junior outside hitter Morgan Tompkins. “I don’t think we have any pressure being a younger team because the juniors that play have been playing since (first) year so we have the experience playing at this level.”

Playing in the ODAC, the Quakers have to be ready for any opponent. Everyone in the conference is talented and will bring new talent to the table every night. The Quakers went 5-6 last year in conference games and have already improved on that this season.

“Being in the ODAC you have to be ready for all the teams every game, it can go either way, it comes down to who will show up. Will it be the team that won against Randolph Macon, number one in the conference, or the team that rolled over against Roanoke?” says junior defensive specialist Meredith Humphreys. “When someone is down we try to pick them up because that’s just our nature.”

The Quakers have one match remaining against eighthplaced Shenandoah University before the playoffs begin. Guilford is tied with University of Lynchburg in sixth-place.

“The future of Guilford College Volleyball is promising, we will be a competitor in the top tier of our conference,” said Tompkins. “We have a lot of talent in our lower two classes and more coming in, I can’t wait to see what we can do next year and even after that because we have so much potential.”

The regular season ends on Oct. 27 with a home game against Shenandoah in the Ragan-Brown Fieldhouse and the conference playoffs begins on Oct. 3.