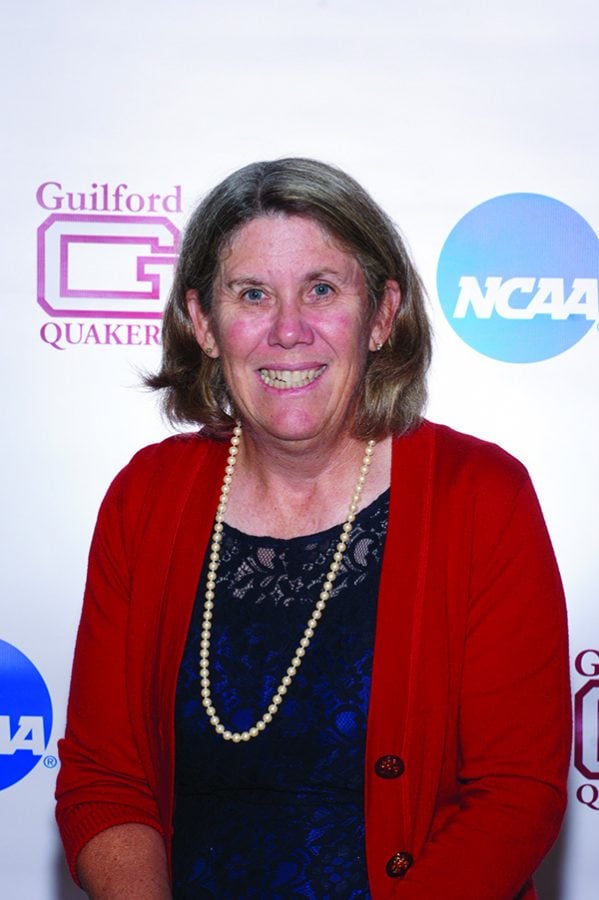 For the past two years, Bower has been the athletics director at St. Martin’s Episcopal School in Metairie, Louisiana.

“Sue communicates very well, I think her experience speak for itself, she had that passion and that desire to lead us,” said Associate Professor of Sports Medicine and Faculty Athletics Representative Craig Eilbacher You get that from talking to her, (…) it was evident that she had the skill set to be very successful. She is what we needed.”

Previously Bower, a graduate of Dartmouth College, had worked for 24 years with Tulane University in many different capacities. She started out as the women’s golf coach and had many other Division I programs come and try to hire her away from Tulane. In June 2005 she signed a four-year contract with Tulane after being approached by the University of Alabama to coach their golf team. In August 2006, Hurricane Katrina hit and Tulane was forced to stop eight sports programs including women’s golf.

With no golf team to coach, she moved into the athletic department where she helped restart the sports programs.

“Little did I know (Tulane’s athletic department was) the best training ground in America. Because I got to touch everything, from the ticket office to the marketing office, to sports information, to fundraising, you name it, I touched it because there wasn’t anybody else to do it,” said Bower. “The world had no expectations for us, we were literally trying to stay alive.”

She was promoted to the roles of assistant athletic director and senior woman administrator before moving to St. Martin’s Episcopal School, where her son had gone to school.

“I had a midlife crisis and I said, ‘I want to lead something, I really feel like I have the intangibles to lead but I’m kind of at the third level,’” said Bower. “Some friends and others said ‘Sue, it doesn’t matter what level, see if you really have the stuff. If you have the internal willpower, the foresight, the vision to be able to be somebody.”

During her time at St. Martin’s Episcopal School, she also completed an online master’s program in Organizational Leadership from Western Kentucky University. To get a job at the collegiate level, even with all the experience, Bower needed to have a master’s degree.

“What I don’t want to ever happen is have an opportunity that might come my way pass by me because I don’t have that piece of paper saying I have the capacity to do this,” said Bower.

In late February, Bower applied to the Guilford position as she wanted a job at a small liberal arts college in North Carolina or South Carolina, as her husband is a graduate of Duke University.

She got a response in May and then came to Guilford for an interview with the hiring committee. In the middle of June, Barbara Lawrence met with Bower in New Orleans as she was there for a Title IX seminar. At the meeting, Lawrence offered the position to Bower and after a couple days of negotiations she accepted the offer.

“I just knew it was a great school. It had the same quirkiness that I attended as an undergrad,” said Bower. “Kind of having all different factions, all coming together, all a bunch of intellectual people figuring it all out. I’m like ‘yeah, it’s perfect for me.’”

Although Bower had no hesitation with taking the job, her friends told her to be cautious because of the Title IX issues that have happened with Guilford.

“Through all of this I was very aware of the Title IX issues, all you’ve got to do is Google Guilford College Athletics,” said Bower. “There were several of my friends that were telling me to be very cautious about the position and I said it doesn’t faze me a bit because when I was on the interview I felt and I saw everything that Guilford College was doing and the proactive stance that they were taking.”

Bower started on the Guilford campus on August 1 but worked over the summer learning about the department, including interviewing potential candidates for positions.

The administration has given more resources to the athletics department this year and that has allowed Bower to make the women’s swimming coach position full-time and add a full-time women’s tennis position. Bower is making the final decision for those two positions as well as searching for an assistant athletic trainer. In addition, Bower has hired a director of track & field/cross country operations.

A goal that the Athletics Department is working on is increasing the size of the track and field, tennis, women’s swimming and women’s lacrosse teams as they are smaller teams that need to grow to be more competitive in the Old Dominion Athletic Conference.

“The College is making this massive commitment to building rosters on programs that are a little short on number,” said Bower. “We’ve got a swim team comprised of five athletes, but that’s kind of my background. I supervised all those kind of sports when I was at Tulane, I was the one that hired the coach, built the budget, helped the coach recruit, so it’s kind of in my wheelhouse.”

Bower has talked to all the coaches and looked at each of the programs’ strengths and weaknesses and in order to get the programs to their maximum potential.

“We’ve got to lift one side of the equation up, and that’s something I’m very comfortable doing,” said Bower. “I’m going to work with all the coaches throughout the year and very actively with our Admissions Department.”

In an email to the students, faculty and staff, President Jane Fernandes wrote, “There is much left to do to create the model Athletics Department that our students deserve. I am confident that Sue Bower is the right person to do this, but she will need help and support from all of us to make it a reality.”