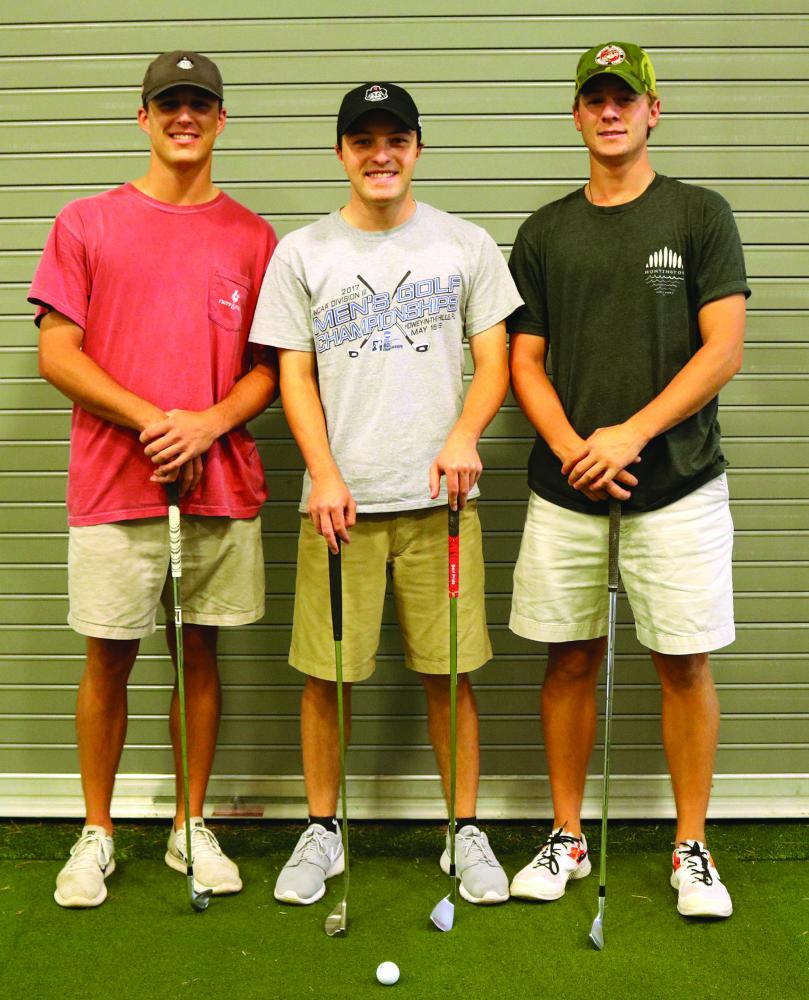 The Quakers’ men’s golf team has not skipped a beat since placing second by only two strokes in the National Championship last spring, already notching victories in both their tournaments this fall and breaking a school record. The goal for the team now: to take home a National Championship trophy.

The team will not have to travel far to do so as Greensboro will host the 2018 National Championship at Grandover Resort.

Four Quakers finished in the top 10 of the ODAC Championship, including sophomore Kell Graham and junior Josh Hill who tied for first individually, leading to a one-hole playoff that saw Hill take the individual crown. Both these golfers, along with sophomore Zach Evens and senior Harrison Frye , made strong impacts at the National Championships on a course they are not unfamiliar with.

“I have prepared for Florida since my first year here (2014),” said Tereshko. “I had known that the National Championship was going to be there.

“Our spring break happened to coincide with a tournament down in the Orlando area,” said Tereshko. “So we had played it the last three spring breaks prior to the National Championship knowing that Nationals was gonna be there, which definitely helped us.

“We had a junior and senior who had played the course seven or eight more times than any other player in the field because we’ve been there, which definitely helped.”

Individually, Evens only posted one out of four rounds over par, where he hit a 73 (only one over par). Hill is yet to have a round over par this year, with his highest round being at even. Graham has posted under par scores in all four of the rounds he’s played this year.

The team needed to overcome the elements in both tournaments. Scheduling changes occurred during both weeks after feeling the effects of hurricanes Harvey and Irma. Hurricane Irma the team to play 36 holes in one day at the Tom Kinder Memorial, which Tereshko and the team actually saw as beneficial.

“It definitely helped playing 36 holes in one day,” said Tereshko. “I think (the team) built on the confidence of the first tournament. I like to play as many holes as possible in one day because the more you play, the more the cream of the crop rises to the top. And we got to ride in golf carts, which they liked. I was happy that we ended up getting 36 in one day and I know they were too.”

The dominance the Quakers have shown thus far comes with pressure and expectations, but the team seems equipped to face that challenge.

“There’s a bit of added pressure with hosting and other coaches and players knowing we have our top four guys  (and we are) back and on our own course,” said Tereshko. “But I know the guys are ready for it, and I know I’m ready for it. I can’t wait for May 15 to get here.”

And in the face of pressure, Tereshko sets his goals high.

“We want to win every golf tournament we play in,” said Tereshko. “To my knowledge, that’s never happened in NCAA history. Is it likely that’s going to happen? No. But there’s a first for everything.

“As long as we are in position to win going into the last nine holes of every tournament we are in, that’s all I can ask for. There’s no coach in history that’s ever won everything. Undefeated seasons are very difficult, and in golf, it’s unheard of.”

The Quakers could be the first.