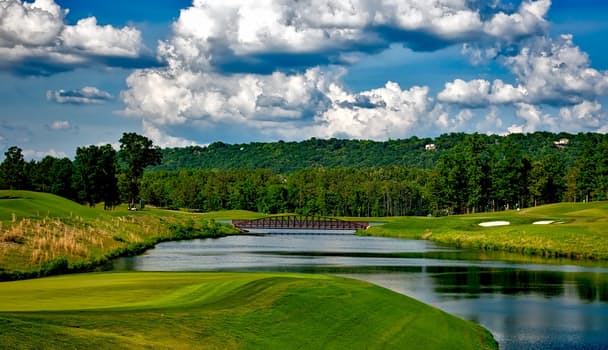 After a solid fall season, the men’s golf team returns to the course this spring with one major goal in mind: a national championship.

“The dream is to win it,” said first-year golfer Zach Evens. “It’s possible.”

They find themselves already in a good position to make a run. In the first Division III Bushnell Golfweek Coaches Poll of the spring season, the Quakers were ranked 12th.

“We like being ranked 12th, but honestly, we should be ranked higher,” said sophomore golfer Justin Perdue.

Perdue looks to follow up on the tremendous season he had as a first-year in 2015-16. He was a first-team All-Old Dominion Athletic Conference selection and had four top-eight individual finishes out of the nine tournaments he competed in. He earned an ODAC Men’s Golfer of the Week Award last year as well.

Last fall, however, Perdue saw more struggles. He competed in only two of the Quakers’ four tournaments and finished seventh on the team with a stroke average of 77 through only five rounds. This spring, he looks to bounce back and make his way back to the top.

“I want to be more confident in myself and in my game,” said Perdue. “I need to believe in myself more.”

Although Perdue feels he had not played to his potential last fall individually, that had been the narrative for the whole team.

“We had bad rounds at bad times,” said Evens. “We didn’t step up when we really needed to step up.”

What has helped the team for the spring season has been competing against one another. Four golfers get picked for a chance at nationals while a fifth spot is awarded by head coach Justin Tereshko. The competition to earn those few spots has garnered the strongest game play out of the team recently.

“We are all playing really well right now, and it’s competitive,” said Perdue.

Evens also has his sight set on major individual goals.

“I want to be an All-American,” said Evens. “I want to play golf how I know I can.

“I have to play up to my potential, and if I do that, I know I’ll accomplish the goal of being an All-American.”

Evens finished with the team’s lowest stroke average at 73.88. Competing in three of the Quakers’ tournaments, Evens recorded his lowest round score at 68 at the O’Briant-Jensen Memorial tournament en route to a third-place individual finish.

The road to nationals starts March 6, where the Quakers will open the season at the Callaway Gardens Invitational located in Calloway Gardens, Georgia at Mountain View Golf Course.

Many of the team’s golfers are excited for the Jekyll Island Invitational beginning on March 17 in Jekyll Island, Georgia.

“The field is always really good,” said Perdue. “If we do really well at that tournament, it will help our chances of getting a bid at nationals.”

Evens also highlighted the importance of this course.

“It’s the best field we will play at,” said Evens. “Every top 25 team and more are there. From what I’ve heard from the guys, it’s the most fun tournament.”

They will host the Division III Match Play Invitational on April 2, on the East Course at the Grandover Resort. Last stop before nationals is the ODAC championship, beginning on April 23.

“We kinda jumped the gun last year and assumed we were gonna get to nationals, and we didn’t even win our conference,” said Perdue. “So, first we want to focus on winning our conference. Baby steps.”

Despite the individual aspect of the sport, the team still holds a strong bond off the course.

“We all hangout on the weekends and pretty much do everything together,” said Perdue. “All four of the people in my suite are golfers, two golfers live off campus together and our two first-year golfers are roommates.”

Evens noted the assistance he got from the older guys on the team in adjusting to college life in general.

“They have mentored me in getting used to Guilford,” said Evens. “They told me about teachers, the cafeteria, what classes to take as well as helping my golf game.”

However, they never lose sight of the ultimate goal.

“Our standards are pretty high,” said Perdue. “We’re excited about working hard this spring and getting into a top spot in the nation.”