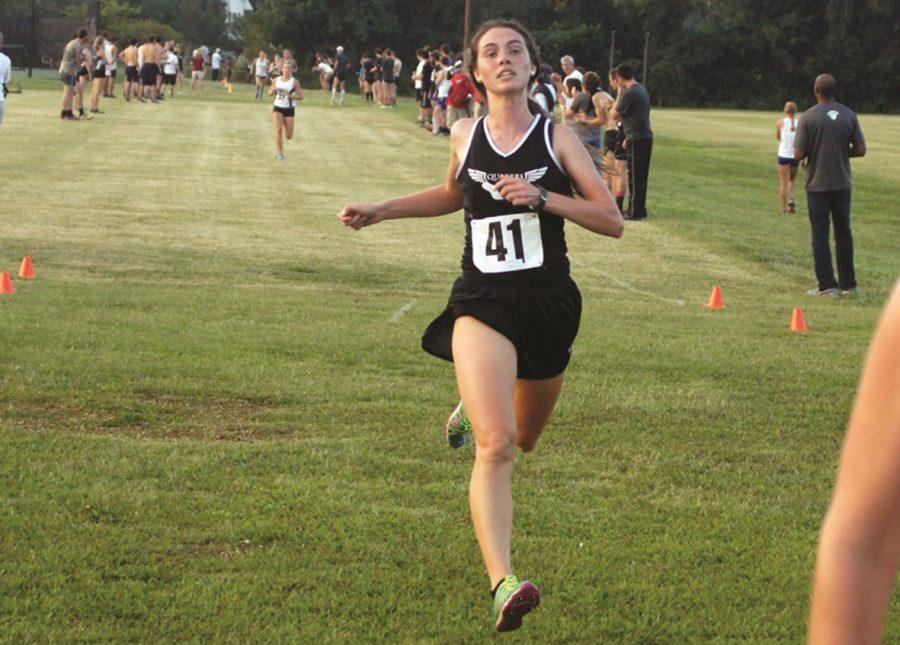 Already, the women’s cross country team has started off their season at a full sprint.

“We’re excited about being back together and training,” said junior Sommer Fanney. “I’m particularly very excited about incoming freshmen. These are new people we get to bond with and we get to teach them while also learning from them.

“It’s a very strong familial group, and it’s exciting to take people in.”

For seniors especially, this year is an important one.

“I’m excited to challenge myself and perform to the best of my ability for one last year,” said senior Kate Jenkins-Sullivan. “It’s really nice to be on the team and have that kind of structure in my day to day life.”

The team has already started the year with two meets, the first of them in Salisbury, North Carolina at the Chick-Fil-A Invitational.

The other meet, the Old Dominion Athletic Conference preview, took place in Lexington, Virginia, where the team placed tenth.

But cross-country is not only about the wins. It is also about the team, the self-improvement and even time management.

“It helps in a way because it forces you to have a routine and a schedule,” said Sullivan. “I took a break from cross country one year and I actually found that freedom was too much for me. I actually struggled with making the most of my time.”

Back at Guilford, the team is training hard for the next meets with the men’s team.

“We just basically train together,” said Fanney. “We do all the same workouts.

The last of the team meets is the ODAC Championships, which will take place on Oct. 29 in Lexington, Virginia. After that is the National Colligate Athletic Association Division III South/Southeast Regionals on Nov. 12 in Rome, Georgia.

Although the team is doing very well already, Cash is also hoping to recruit more runners, especially because the team is so small.

“Right now we only have six members of the team,” said Sullivan. “Cross country is usually pretty small for us, but this year it’s especially so.

“A lot of people graduated and we just didn’t have a lot of freshmen coming in.”

However, a small team is not always a bad thing.

“Having a small group will allow me to spend a little more individualized time with each athlete,” said Cash. “That hopefully will help the team.”

Above all, the women are looking forward to improving and placing in their other meets.

“I’m excited to see myself grow in workouts and events,” said sophomore Samantha Brooks. “Since Guilford is small, we have a hard time placing high on the rankings, but I don’t think that’s really the goal.

“Really, the main goal of the team is more about personal success (and) everyone doing their best and living – or running – up to their fullest potential.”