Men’s cross country off to a running start 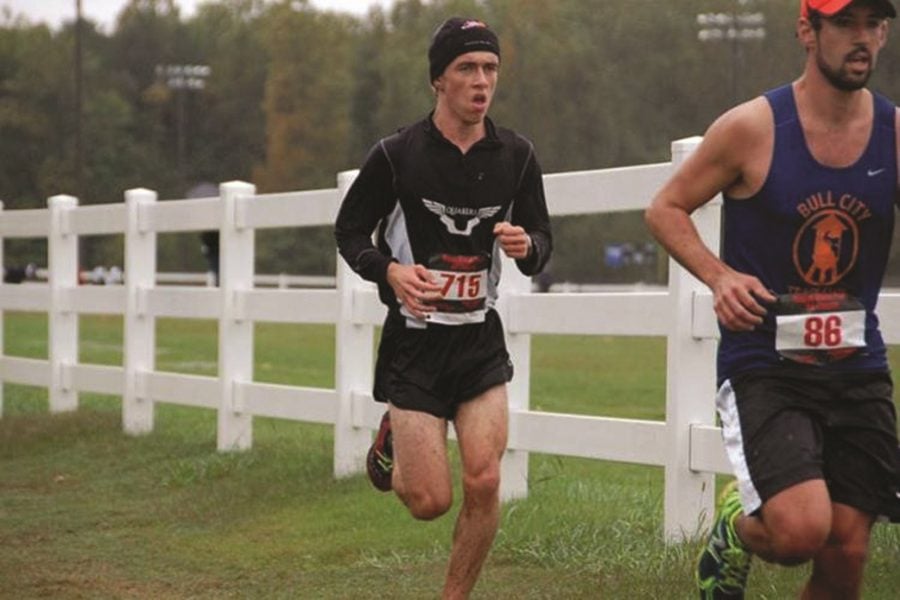 The men’s cross country team returns this fall determined and hungry but, unfortunately, small in numbers.

“If one or two of us can’t go (to a meet), we don’t get a team score,” said senior Quinton Simones.

This was exemplified last Friday, Sept. 9, at the 2016 Old Dominion Athletic Conference Preview Meet. Only Simones along with sophomore Caleb Amstutz competed, thus the Quakers were ineligible to receive a final team score.

The week prior, Amstutz placed in the top 25 of a stout group of runners at the Chickfil-A Invitational at Salisbury Community Park in Salisbury, North Carolina.

Yet despite the struggles due to depth, head coach Danny Cash maintains a positive outlook and individual runners are succeeding and growing. “We have smaller numbers, so we have to work more on each student athlete’s strengths,” said Cash. “The team has great determination and good unity, which will be important late in the season.”

Cash also pointed out the importance of health and focus of the squad.

“The mental aspect of racing and staying away from injuries will be crucial for this team,” said Cash. “With limited numbers, missing anyone at a competition would have a major impact.”

Unity has been a major part with the success of the team, as they are able to keep a positive mentality. As a leader, Simones stresses the importance of hard work and focus in order to clock in faster times.

“We are all faster,” said Simones. “We all realize we are getting faster and that has helped us to do the little things that will make us better.”

The Quakers introduced a first-year male runner who has adjusted well thanks to how welcoming the veteran runners have been. Colin Dossel came from Mount Tabor High School, which has an acclaimed cross country program in recent years, winning the North Carolina High School Athletic Association 4A State Championship in 2015.

“Having more people on the team would help,” said Dossel. “We have about 13 total runners which is decent, but I came from a program that had 40 to 50 members, which makes a big difference.”

The culture of running itself has been a factor that brings the team’s members closer as well.

“I started running in the seventh grade and have always enjoyed it,” said Dossel. “Running has always been fun to me, and it helps me stay in shape.”

For Simones, he got his first taste of cross country his first year on campus when Cash reached out to him.

“(Cash) reached out to me, and I have enjoyed it since,” said Simones. “I really like the camaraderie we have as a team. ”Consider this the team reaching out to those who have an interest in cross country and would like to join.

“The team is very welcoming,” said Dossel. “I can hang with everyone outside of running too, and we all just get along.” Cash highlighted the chemistry amongst the runners as well. “The team gets along very well,” said Cash.

“They have a diverse background which makes for interesting training and talking. They work well together in practices, which leads to good races.”

The runners describe their relationships with Cash to be equally as strong.

“He has a way of pumping us up without going crazy on us.” Simones, who has spent four years with Cash as his coach, also holds him in high regard. “He’s the best coach I’ve ever had,” said Simones. “He can be laid back but makes us work.

He makes it a choice. He can tell you to run the mile, but you choose how fast you run it.”

Nevertheless, the men’s cross country team shows belief in themselves this fall in comparison to previous seasons.

“We are ready to make bigger moves than we did last year,” said Simones.