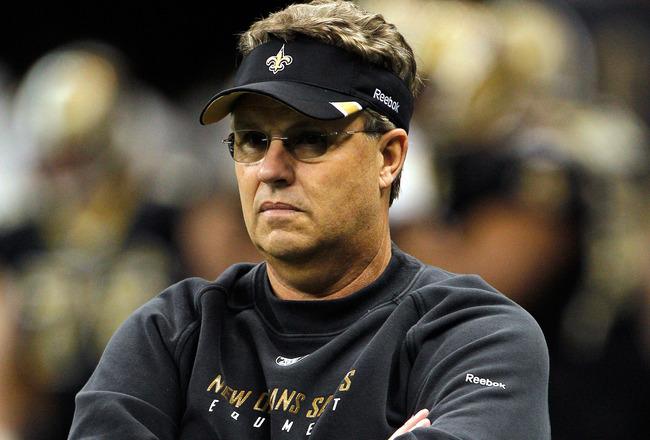 To all Guilford students who are hoping to practice personal injury law, you may have future clients in the NFL.

On March 2, NFL Commissioner Roger Goodell unveiled an investigation into the New Orleans Saints’ bounty program. The bounty program was an incentive-based program, allegedly instituted by former defensive coordinator Gregg Williams, that would pay additional funds to players who hurt opposing players and knocked them out of games.

“The scandal is somewhat embarrassing,” said Chris Rusiewicz, head football coach. “These guys (the NFL players) already make enough money, and for a little bit more, they are willing to hurt somebody?”

“I share and fully support the league’s concerns and goals on player safety,” the New Orleans coach said in a written statement released by the Saints. Payton continued, “It is, and should be paramount. Respecting our great game and the NFL shield (logo) is extremely important to me.”

However, Payton is said to be appealing the ruling, according to Sam Quinn of the Bleacher Report. It is highly unlikely that Payton’s appeal will be successful, because he will be appealing directly to Goodell.

There is some speculation that Bill Parcells, famous former NFL head coach of several teams, will come in as an interim head coach.

The coaches aren’t the only ones to blame in the scandal. Saints’ linebacker Jonathan Vilma offered $10,000 of his own money to any player who could injure Vikings starting quarterback Brett Favre, and knock him out of the 2009 NFC Championship Game between the Saints and Vikings.

“The bounty thing is completely unprofessional. I’m happy the league has made it known it won’t be tolerated,” said Carolina Panthers left tackle Jordan Gross as printed by CBS.com. “To think that something like that would happen — guys trying to hurt someone to make a few extra bucks — is just appalling. I mean we have a lot on the line, every single one of us. … You don’t want to see anyone taken out a game.”

Most coaches would agree with Gross.

“I think it’s great (the punishment for the bounty system)”, said Rusiewicz. “The indefinite suspension, which could be forever, for the assistant coach (Williams) was completely the right thing to do. The head coach, who is supposed to be in charge, probably knew about it, so he deserved the one year suspension.”

“I strongly agree that football is a game of self-control and self-awareness. Although contact and aggression are emphasized at all levels, discipline is of the utmost importance.”

El-Ali continued, “although football is an aggressive sport, you will never be a successful youth, collegiate, or professional football player if you cannot play with integrity.”

The bounty system punishment marks the latest in a long line of player safety related incidents handled under Goodell. However, not everyone likes his handling of every situation.

“Goodell has a mixed record to me,” said Bob Malekoff, assistant professor of sports studies. “He’s come out really strong on this, but in the middle of the concussion issue, he said let’s have 18 more games instead of 16, which is two more chances to get a concussion.”

Malekoff continued, “It’s important to remember that, as a commissioner, his job is to balance the needs of the owners and the players. But he is hired and paid by the owners. So to suggest he is completely balanced is maybe naive.”

If Goodell wants to clean up bounties totally, he might have a long battle on his hands.

“The bounty system gained notoriety during the Buddy Ryan era, although it was probably in existence before then but not publicized,” said Martin Collinson, former Guilford assistant coach in an email interview. “But recently I think the NFL, Roger Goodell, and the rules committee have done an excellent job of keeping the game safe for the players.”

According to NFL lore, a Thanksgiving Day game between Buddy’s Eagles and the Dallas Cowboys in 1989 even became known as “The Bounty Bowl” because Ryan, then Philadelphia Eagles’ defensive coordinator, allegedly placed a bounty on Cowboys quarterback Troy Aikman and Dallas kicker Luis Zendejas, as printed in The Arizona Republic by Bob Young.

The current punishments could be seen as the NFL trying to clean up its image.

“Player safety, competitive integrity and fairness are all very important components”, said Dave Walters, sports information director/assistant director of athletics at Guilford. “Safety is very important because the players who are winning and losing the games make up the teams that fans support.”

Walters continued,” I know that when players careers are shortened due to injury, obviously, it is disappointing for the players, coaches and fans. It also hurts the competitive balance depending on the quality of the player injured.”

Everyone interviewed for this article agree that the bounty scandal is a terrible event for the NFL.

“Being a football coach, it’s sad to hear this happening to human beings”, said Rusiewicz. “These players work so hard to get where they are, to make the income they make, and then to find out that for a lousy $1,000 to $1,500 dollars, you are going to take away the other guy’s millions of dollars. To me, being a human being who cares about other human beings, this is the worst part of the scandal.”