Nomination of KBJ exposes issues in our justice appointment process 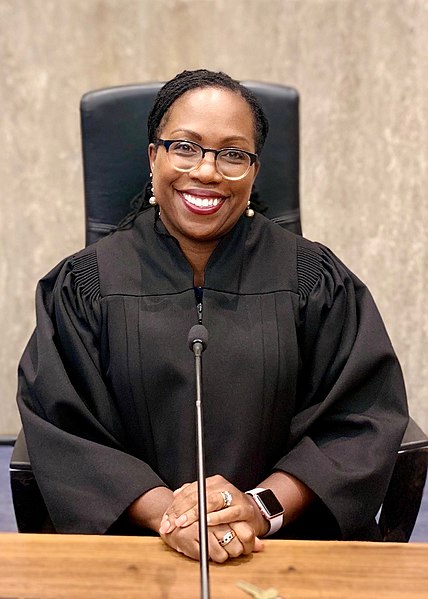 Ketanji Brown Jackson was recently nominated to the Supreme Court and is the third black justice in its history.

In an ideal world, the nomination of Judge Ketanji Brown Jackson to the Supreme Court would have been a triumphant moment. Appointing a former Harvard Law Review editor, public defender, Supreme Court clerk, U.S. Court of Appeals judge and black woman to the highest court in the country should have been a cause for celebration.

Her nomination has been an exciting moment for many, not just Senator Booker. As a black student with an interest in law, it can be a little disheartening to look at the Supreme Court and only see two black justices in all of its history, Thurgood Marshall and Clarence Thomas. So being able to turn on my TV or go on my phone and see a black judge being appointed to the court is vital for representation purposes and an occasion worth celebrating.

Alas, our world is far from ideal. Jackson’s confirmation hearings have exposed the myriad of problems with our current process for appointing justices.

With the power to strike down legislation or essentially codify new rights, there is tremendous political pressure on senators and the president to pick judges that agree with them on key issues.

On the side of the justices, there is also pressure during the nomination process to not disclose how they will rule on any given case. The “Ginsburg Standard,” named after the late justice, is the precedent that nominees don’t have to and shouldn’t answer questions regarding any hot-button issues that might fall before the court.

The tension between the two goals—senators wanting to know how a nominee would rule on political issues, and nominees not wanting to disclose that in the name of impartiality—makes every nomination potentially messy. Add in live hearings where senators can chase soundbites by asking irrelevant and unanswerable questions, and the problem is magnified.

In a time without political parties and intense polarization, this process could go smoothly. But unfortunately, in our political landscape, we can’t expect nominations and confirmations to avoid being politicized. At the same time, if we want to have an impartial, respected Supreme Court, we need to find some way to prevent each nomination from becoming a slugfest.

Doing away with confirmation hearings would be a good alternative. As Charles Lane pointed out in his opinion piece for the Washington Post, proper vetting of candidates doesn’t require live questioning of the candidates. As judges, most candidates have created a substantial record to be sifted through to assess their judicial philosophy, and private questioning for more delicate issues is always an option.

The issue here is getting the legislature to put itself at a disadvantage. When properly taken advantage of, nasty confirmation hearings are an opportunity for senators to make a name for themselves and potentially derail an opposing president from leaving a lasting impression on the judicial landscape. Voluntarily relinquishing those opportunities will just never happen.

The solution is to make messy confirmations undesirable for senators, and the key to doing so is nominating good judges. The hearings for Judge Jackson have not reflected well on the Republicans standing against her confirmation. These hearings, while messy, did not present a positive opportunity for opposing senators.

To convince the Senate to do away with live confirmation hearings, the Senate needs to be confident that there is nothing political to be gained from them.

By nominating people like Judge Jackson, who can not only withstand attacks but do so with poise and elegance that reflect poorly on their persecutors, there is a chance that our legislature can come to the conclusion that it’s a waste of time trying to lampoon accomplished jurists on their way to the Supreme Court, and it’s better to allow those like Kentanji Brown Jackson to ascend to the court unobstructed.