Why is fake news so pervasive? 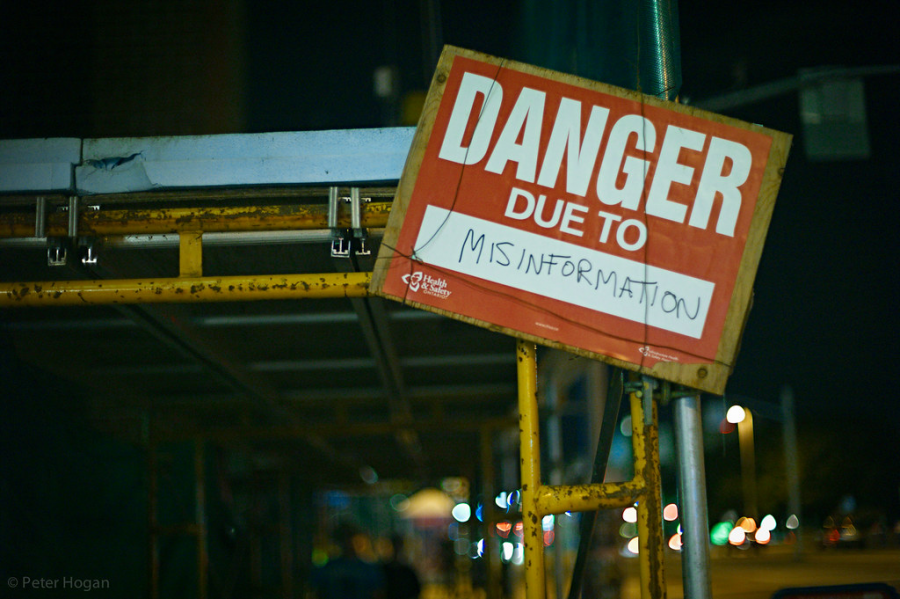 Misinformation is a danger to Americans.

So why do we gravitate toward fake news?

Regardless of intent, fake news is sensational. It’s simultaneously awe-inspiring and terrible. It’s drama, and drama is more attractive than factual news. It’s more fun to believe in fantasy than reality, but after a while, fantasy becomes reality.

According to Chrysalis Wright, an associate lecturer at the University of Central Florida, “if people start to believe false information then they start to doubt accurate information.”

Conspiracy theories have existed for centuries, but recently they have become more widespread. Joan Donovan, a researcher at Harvard Kennedy’s Shorenstein Center, believes that the Internet is to blame.

“The Internet gives conspiracy theorists a place to connect, and social media gives them a way to quickly disseminate their ideas on a mass scale,” Donovan said in a March 1 NPR interview. “We’ve come to start to think about it (conspiracy theories) as an attack on the supply chain of information because lies at that scale do displace truthful narratives.”

Roy Schwartzman, professor and head of the Communications Department at UNC-Greensboro, is an expert on misinformation with several research publications on the topic.

“It (misinformation) is dangerous because it undermines the ground for making sound decisions,” Schwartzman said. “It’s as if we are trying to construct a building while some of the bricks of the foundation are cardboard imitations. Our arguments and the decisions we make are only as strong as the evidence that supports them. If our proof is absent or flawed, then our positions cannot withstand serious scrutiny and will crumble.”

We are inherently close-minded because we cannot accept humility. We have a burning desire to be right, and sometimes, that desire can cloud sensitivity and promote selfishness. It can lead to racism, political extremism and religious persecution.
Fake news stymies science
In a February 2020 article published by the National Institutes of Health, Kazuki Shimizu of the National Center for Biotechnology Information reported that fake news about the coronavirus has led to xenophobia towards patients and Chinese visitors. That month, misinformation was spread via social media proclaiming that infected Chinese passengers passed through quarantine at the Kansai International Airport in Japan. After the fake news leak, #ChineseDontComeToJapan was surging on Twitter.

Opinions about the coronavirus pandemic have been particularly widespread in the news media. According to Zara Abrams, author of a recent APA article titled  “Controlling the Spread of Misinformation,” “fake news on COVID-19 is so pervasive that even some patients dying from the disease still say it’s a hoax.”

Emily McCord, news director of Winston-Salem public radio station WFDD, agrees with Abrams. Misinformation has corrupted science, McCord says, and because of this, people are in danger.

“With misinformation spreading and so many people therefore unwilling to get it (a vaccine), the health of our entire population is at stake,” McCord said.
Lies politicians tell
In September 2020, Hope Yen of The Associated Press wrote about the spread of disinformation for political gain. According to Yen’s article, during the 2020 presidential campaign, Joe Biden tweeted a video that presented a distorted account of President Donald Trump’s words on the coronavirus, wrongly suggesting Trump branded the virus a hoax.

The video was created to intentionally mislead Americans to believe that the Trump administration did not take the coronavirus seriously. Though Donald Trump had underplayed the virus on numerous occasions before Biden’s tweet, the video spread fake news and purposefully contributed to public deception.

Of course, the Trump administration was notorious for spreading disinformation. Weeks after Biden won the 2020 presidential election, Donald Trump claimed the election was fraudulent and called it fraud to the American public. The former president posted a 46-minute video on Twitter and Facebook asserting falsehoods. The video went viral and stirred up a tornado of political tension among the public.

According to a December 2020 article written by Michael D. Shear of the New York Times, all of Trump’s assertions about voter fraud were proven false. Attorney General William Barr also confirmed the legitimacy of the election in an AP interview on December 1, 2020. “To date, we have not seen fraud on a scale that could have affected a different outcome in the election,” he said.

But despite confirmation of the truth, Trump demanded that his supporters fight for justice. In his eyes, he won the election. “If you don’t fight like hell, you’re not going to have a country anymore,” Trump said at a Jan. 6 political rally near the White House.

Trump incited anger among American right-wing extremists, and on the same day, radical Trump supporters marched to the Capitol and stormed it with the intent to harm. Sadly, five people died, illustrating that misinformation and disinformation have the power to mobilize violence and inflame fear and anxieties.

Matthew Armstrong, an author and lecturer in Guilford’s English Department, believes that misinformation stems from pro-war entities in government. Tulsi Gabbard, a veteran, woman of color and former Hawaii congresswoman, was an anti-war enthusiast.  She quickly fell into the shadows when Hillary Clinton, former U.S. Secretary of State, falsely labeled her a Russian asset.

“I voted for Gabbard in the North Carolina primary and Biden in the general election,” said Armstrong. “I was disturbed, intimidated and confused by Democratic voters who continually trolled my Facebook and Twitter accounts, telling me Tulsi Gabbard was a ‘Russian asset,’ a ‘fascist’ and a ‘white supremacist.’”
Your Facebook feed is not a news source
Social media is a primary contributor of fake news. It is highly accessible and loosely monitored.

“Social media platforms are designed to deliver more of what the user likes and wants rather than what the user may need,” Schwartzman said. “It spreads information very widely, very quickly, very easily and very cheaply with essentially no quality control. That’s a breeding ground for misinformation to flourish.”

McCord believes that social media, though positive in some ways, has had a negative impact on news and information. “It (social media) has created a silo system, where people can surround themselves only with the media they want to consume, and then sharing that ‘information’ widely is as fast as the click of a button,” she said.

“It (social media) tends to limit our intake of information to a certain perspective instead of giving us broader perspectives.”

Allison Van Voorhies, a former student-athlete and graduate of Guilford College, said that social media’s ability to customize information can be dangerous. While a student at Guilford, she studied many cases about the spread of misinformation and social media’s connection to the problem in her psychology courses.

“The average consumer gets fed more daily information than ever before, and with that comes a new age of bias and customization,” she said. “This is the dangerous part, in my opinion. In an attempt to get more engagement and attention, social media outlets tailor polarizing content to individuals.”
Support local news
According to McCord, social media also may negatively affect how people perceive local news. “I do believe that social media can erode trust in local media, and that can affect the bottom dollar,” she said. “If there isn’t trust, then local news will not thrive.”

And studies show local news is rapidly declining. According to an article published in December 2020 by the Center for Information, Technology, and Public Life, more than one-fourth of the country’s newspapers have disappeared, leaving residents in thousands of communities living in vast news deserts. Because of this, small, rural communities are dependent on social media and other digital news platforms heavily saturated with misinformation.

Schwartzman believes that there is a correlation between misinformation and places where there’s a death of local news.

“The decline in local news, one result of ongoing financial struggles faced by local media and by print and broadcast media, means more consolidation of content to fewer sources. That’s generally a dangerous trend because there are fewer sources to serve as checks and balances for false or misleading content.”
Stop the spread
News consumers can help decrease the spread of misinformation by fact-checking sources and supporting local news. It’s important to read the full story, and not all news sources provide the same information.

In order to stop the spread of fake news, we must be willing to change. We have to prioritize and defend the truth rather than support drama that is enticing to consume. If we don’t, we will only grow further apart as people.

It’s time to come together, and we can start by accepting reality. We can choose truth over fantasy. Or can we?

Editor’s note: This story originally was published on April 9, 2021.