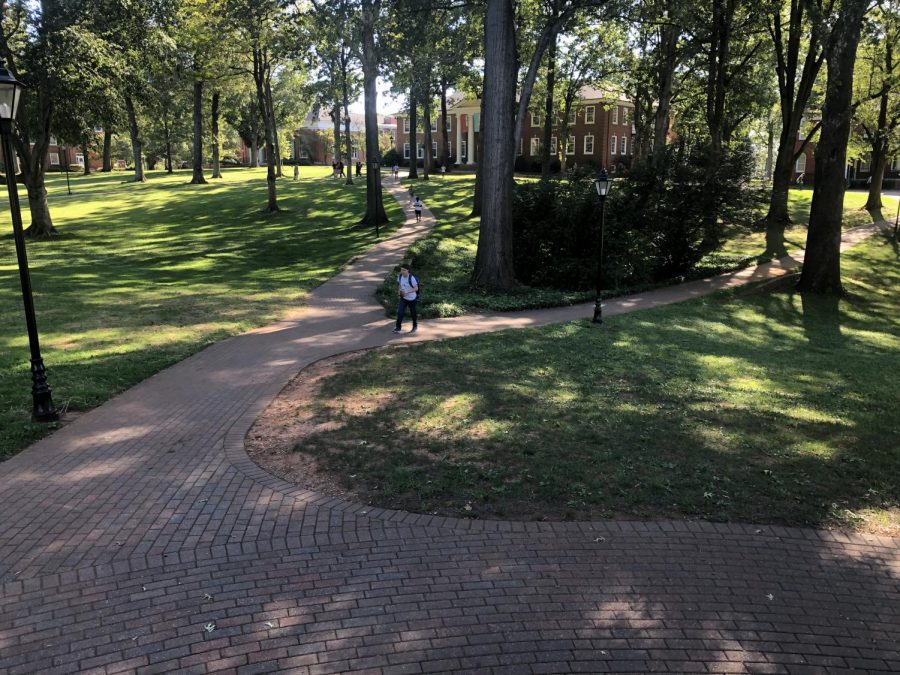 Well folks, if the global pandemic, a community member passing and the biggest presidential election of a lifetime weren’t enough for you this week, Guilford Interim President Carol Moore and the Guilford Board of Trustees have announced a massive cutting of our programs. As a result, many of our staff and faculty members, including several tenured professors, have been fired.

A majority of these staff members were fired via mass email, and some of them gave their hearts and souls to this college for over 20 years.

The cuts being made here are “fairly typical” and “standard” in order to have programs that are “more aligned with our mission and interests.” At least, that’s what Moore stated during the public town hall meeting she hosted on Friday, Nov. 6. However, as we all know, financial issues began at Guilford well before Carol Moore stepped foot in the town of Greensboro.

Guilford College is in a state of financial exigency, yet fails to admit it.

According to the American Association of University Professors, “Termination of permanent or long-term appointments because of financial exigency should be sought only as a last resort, after every effort has been made to meet the need in other ways and to find for the teacher other employment in the institution.”

Over 400 Guilfordians attended the town hall to hear the news of our education crumbling before our eyes. During this town hall, as well as in an email an hour before the meeting, we were told that over 20 tenured professors and 21 majors would be terminated.

Majors which are recommended for phasing-out include community justice studies, chemistry, history, math, peace and conflict studies, physics, political science, religious studies, sociology and all language programs. There are other cut majors that had not been announced at the time this article was written.

“These changes will not impact you (the students) in a significant manner,” Moore said, rather insensitively, in the town hall meeting.

Trustee Chair Ed Winslow sent an email to all students on June 26 after the news of former Guilford President Jane Fernandes’s resignation.

“She (Jane) has found new ways forward that are firmly grounded in Guilford’s noble and historic past rooted in our Quaker values,” Winslow wrote. “What has not changed is that Guilford remains a powerful advocate for liberal arts education, and it preserves the highest standards of intellectual excellence”.

Ironic, isn’t it? Community, diversity, equality, excellence, integrity, justice and stewardship are the seven pillars upon which Guilford was founded, but the decisions made by the trustees and Fernandes dismantled these core values.

We are told half-truths and left with unanswered questions. Students are trying to advocate for their costly education, fearing that they will face retaliation from administration. This fear is rightfully founded, as we have seen what happens to staff and faculty that tried to advocate for the greater good.

The programs being cut are those which help classify Guilford as a liberal arts college. How do you cut core liberal arts majors with such ease?

Barring the administrators and Board of Trustees, this is an issue that has negatively affected the entire Guilford community. Loyal professors will soon be jobless in a global pandemic, and the few professors that remain at Guilford have to say goodbye to several old friends. The board has broken contract with the tenured professors it decided to let go. Current students watch as their educations are ripped away from them and their mentors are treated wrongly, while alumni see the school from which they graduated crumble in the distance.

The professors and the students are what make Guilford unique.

These are not just positions to be filled or terminated. They are people who love Guilford and wanted to see it thrive. We did not choose to attend Guilford because of the trustees or the administration. We chose Guilford for the Quaker values on which it was built and the professors who carry on its legacy.

I chose to come to Guilford because it was unique. It was clear from the beginning that the professors employed at Guilford were invested in each student’s education. As a senior, I’m lucky enough to have experienced the impact these professors had in shaping our lives at Guilford.

That makes it all the sadder that Guilford College will come crashing down at our expense, thanks to the years of poor decisions made by the Board of Trustees.

The pandemic and low enrollment may be contributing factors, but this financial crisis at Guilford is due to poor choices made by the Board of Trustees for years.

There have always been options to solve this crisis other than cutting core professors. To name a few, the Board of Trustees and administration could have lowered administrators’ salaries, not paid for Jane’s vacations or even cut a few administrative positions if necessary.

To the Board of Trustees: you may have “fixed” the financial issue with these decisions, but you have gutted Guilford College of its culture and community.

To those who have been wrongly let go this week and over the course of this pandemic, I’m sorry. You all deserved more than an email or a call over Zoom.

To those same faculty and staff: thank you.