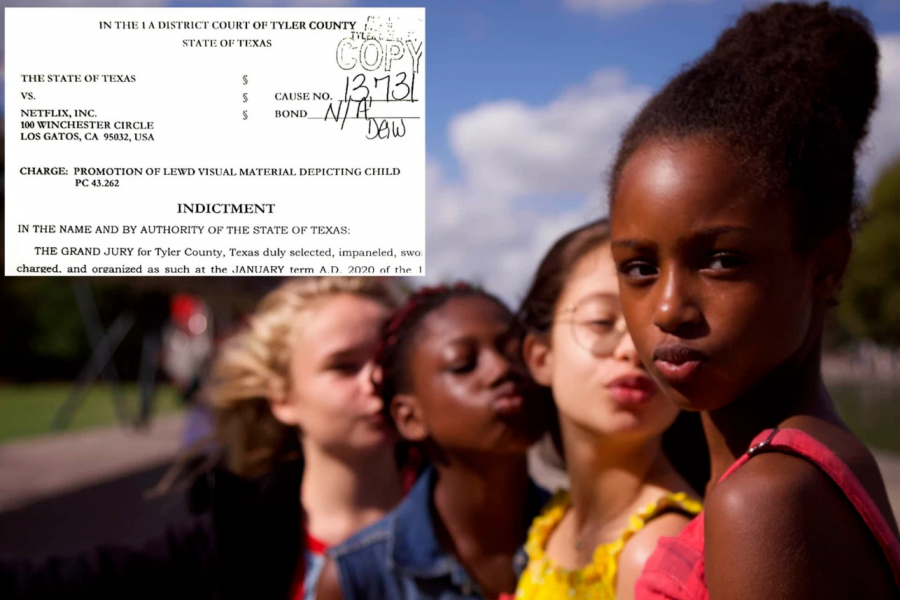 On Oct. 6 and 10, Netflix was caught in the middle of legal controversies regarding two films released on their streaming platform.

The first controversy concerned “Cuties,” an international film by Bien ou Bien Productions. According to the New York Post, on Oct. 6th, the Texas grand jury charged Netflix with promoting crude depictions of children. Texas Sen. Ted Cruz joined several Washington lawmakers in calling for a Department of Justice investigation of Netflix regarding the movie.

Even prior to the indictment, Netflix was accused of making a movie that encourages pedophilia. As a result, multiple petitions were signed on change.org in an effort to remove “Cuties” from Netflix. Simultaneously, viewers canceled their Netflix accounts and encouraged others to do the same in a movement to pressure Netflix into removing the film from its catalogue. Netflix defended the film back then and did so once again in response to the indictment.

The second controversy involved the Netflix original movie “Enola Holmes” which is based on a series of books by Nancy Springer. The Arthur Conan Doyle Estate sued Netflix over its depiction of Sherlock Holmes in the new film, maintaining that Netflix broke their copyright agreement by characterizing Sherlock as emotional and sentimental, rather than staying true to the original aloof and stoic personality with which he was written in public domain stories. The estate has owned the rights to Sherlock Holmes for the past ten Sherlock movies, so they feel as if they have jurisdiction over how Sherlock is portrayed.

“Cuties” is one of the most discomforting movies I have seen. The film follows an 11-year-old girl named Amy, who grew up Muslim, and her rebellion against her family and her religious background. She starts dressing more provocatively and, with a new group of friends, enters a competition in which girls perform sensual dances.

The director had good intentions coming in, but the execution of the film makes me uncomfortable. I think the film’s message would have been better communicated in novel form, and I understand why Netflix was indicted over this film.

Conversely, I feel that “Enola Holmes” made for a pleasant viewing experience. The movie follows the title character, Enola Holmes, the younger sister of the famous Sherlock Holmes. Throughout the film, Enola tries to find her mother, who has mysteriously disappeared, and also tries to escape from her brother Mycroft, who wants to send her to finishing school against her will.

Sherlock’s characterization should not have gotten Netflix sued. I understand that the Conan Doyle estate would probably rather hit the multi-billion dollar streaming service than the author of the “Enola Holmes” books. However, I feel the Conan Doyle estate could have simply expressed their disapproval with the director and original author changing Sherlock rather than hit Netflix with a copyright infringement lawsuit.

Netflix is a gigantic corporation whose movies and TV shows span the globe. As such, the company has a greater responsibility to host films and series that do not spark outrage from audiences. This can be rather tricky to maneuver given the variety of differing cultural and moral values, especially considering that pieces of film and television are often made to challenge societal norms. However, I think most people can agree that a film that sexualizes minors is much more controversial than one that interprets iconic characters a little differently than people are used to.