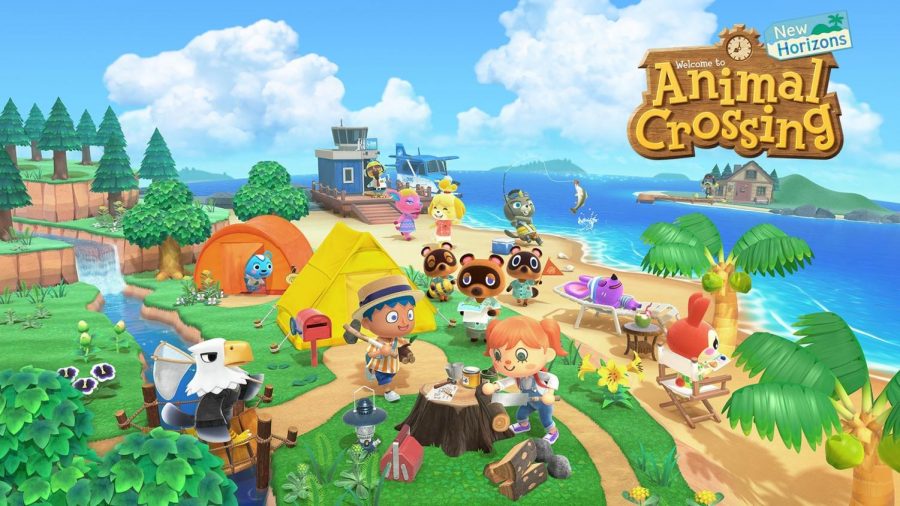 "Animal Crossing: New Horizons," the latest game in the super-popular series, is addicting and comforting at the same time.

What’s better than cute talking animals, adorable furniture, stylish clothes, non-stressful game play and online multiplayer possibilities? Nothing — and  “Animal Crossing” has all of that and then some.

One of the many reasons the game is so addicting is that it follows real time. It is synchronized with the clock on your console, and in “Animal Crossing: New Horizons” your character purchases a Deserted Island Getaway package from the infamous Tom Nook. This character has shown up in previous games, normally as the owner of the Nook’s Crannys store.

He is also the CEO of this brand-new package that flies you out to a deserted island to start a new life from scratch. Of course, thanks to the package, you are given all the tools needed to thrive and prosper on the island. You, along with the first two animal residents of the island—Tom Nook and his children, Timmy and Tommy, who help run everything—begin the island life.

Game play includes crafting items/tools from branches, wood, stone, etc., that can be found throughout your island. This has not been part of the previous games, and adds a new and fun element. As you advance, you gain more animal residents and special characters that unlock items in the game. As time progresses, events begin to happen such as fishing tourneys, holidays and birthdays (yours and anyone else’s on your island!).

Running in real time, your character gets to grow friendships with the villagers that begin to move into your developing town. They give you gifts just as you will surely give them gifts. They help out with construction around the island by donating bells. You can challenge them in games and interact with them by helping someone find a lost item.

With its recent release, “Animal Crossings: New Horizons” provided even more things to do in a day, giving players a chance to get achievement points called Nook Miles. You can exchange Nook Miles for a wide variety of things. With this feature, there is never a time when you have nothing to do, until you eventually end up beating the game or completing your town.

Another fun element is that the game provides multiplayer options in a way it has never done before. It is much easier to visit another friend’s island online and even easier to communicate with them. You are able to fly to your friends’ islands, fish with one another, help one another with your islands, water each other’s flowers and so much more.

People turn to this game for many reasons. Hunter McGee, a rising junior at Guilford, had this to say about the game: “Ever since the first ‘Animal Crossing’ came out when I was a kid, I instantly fell in love. Years passed and the game was misplaced, never to be found again. However, when I heard a new ‘Animal Crossing’ was coming out, I knew I had to get it,” she said.

“The reason why I love this game so much is because I can escape from reality,” McGee added. “As a kid, I played it to escape my parents’ fighting and the struggles of divorced parents. I play it now to ease my anxiety and depression, as a healthy coping mechanism.”

“Animal Crossing” is providing comfort to so many people and during times like these, a game like this is certainly needed.

“Animal Crossing” is like a warm hug. You never know what a villager might give you, or what might happen in a day. Maybe you’ll catch a shark or you’ll catch a butterfly worth five thousand bells. A golden nugget might pop out of your rock, a villager might move in or out, literally anything can happen. Whatever it may be, you’ll always have something to do and it’ll be engaging.