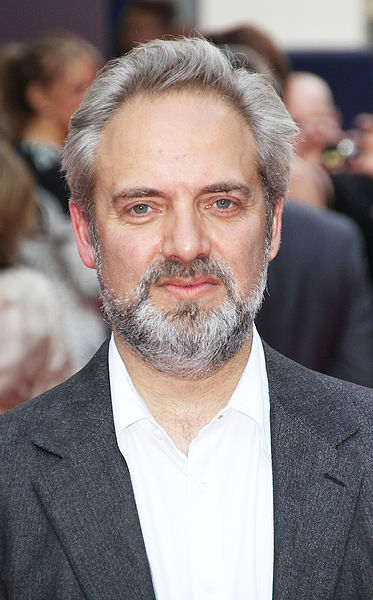 “1917” is the latest spectacle from director Sam Mendes, known for his work on “Skyfall.” Like Christopher Nolan’s WWII film “Dunkirk” from 2017, this film is a brilliant showcase of cinematography and suspense. However, this WWI tale takes a more emotional route, demonstrating the horrors of war and the pain of loss within it.

“1917” follows two plucky corporals named Blake (Dean-Charles Chapman) and Schofield (George MacKay) as they’re sent on a mission to deliver orders to a faraway battalion so that they might cease their assault on the German forces. Adding to the sense of urgency is the fact that one of the men in the battalion they must save is Blake’s brother. This springs him headfirst into action, much to the chagrin of the more logical and standoffish Schofield.

The two men are likable and distinct enough from one another that it’s easy for the audience to care about them in this desperate situation. The performances by MacKay and Chapman certainly help in this regard, as actors across the board did a convincing job selling the intensity of the situation.

While the pair of soldiers manage to engage in moments of levity, their mission is still shrouded in dread as the two tread towards enemy territory in the hopes that it has been abandoned. The sequence of the first trench they encounter is particularly bone-chilling as they wade through corpses, the living memories of families the bodies left behind and even deadly traps.

Part of what sells the terror of the situation is how vulnerable these two men are. Mere minutes after marching off toward their destination, they find themselves ensnared by barbed wire and confronted by explosive booby traps. This is the first of many deadly, even scarring situations our duo finds themselves confronted by.

Another major contributor to the palpable sense of dread is the cinematography. Roger Deakins, the cinematographer of classics such as “No Country For Old Men,” shoots the movie in a series of long takes cleverly edited to make it seem as if only one was done. The camera constantly follows our main leads through their treacherous journey, almost as if the audience is right there with them.

While other movies such as the 2014 film “Birdman” have pulled similar tricks, this approach is a perfect fit for the nightmarish setting of WWI and the story told within it. There are also several magnificent shots peppered throughout the film, often evoking a sense of tension and desolation.

Equally exceptional is the score by Thomas Newman, composer for “Finding Nemo,” “The Shawshank Redemption” and other classics. The music often embodies the dread our main leads face, as well as the sorrow that surrounds them. There are several emotional orchestral pieces, as well as pulse-pounding tracks with drums that matched the beat of my heart during my viewing of this film. Perhaps the most standout moment is when the music stops in time with the death of a combatant who had slowly bled to death.

With a wide release on Jan. 10, “1917” marks a brilliant way to start the decade in a month often reviled as the dead-zone of movies by film critics and film channels such as RedLetterMedia, the latter of which coined the term “F**k you, it’s January!”

It’s a movie that is equal parts harrowing and emotionally resonant thanks to brilliant camerawork, powerful music, and great writing. It’s a wonderful tribute to the stories director Sam Mendes heard about WWI during his youth.

As the director explained in an interview with Variety, “I had a story that was a fragment told me by my grandfather, who fought in the First World War. It’s the story of a messenger who has a message to carry. And that’s all I can say. It lodged with me as a child, this story or this fragment, and obviously I’ve enlarged it and changed it significantly. But it has that at its core.”

This tale resonates beautifully on the silver screen just as it did in the heart of director Sam Mendes. “1917” certainly isn’t for the faint of heart due to its graphic nature and sheer intensity, but it’s a must-see for any fan of war movies, as well as anyone looking for a good scare or emotional journey.