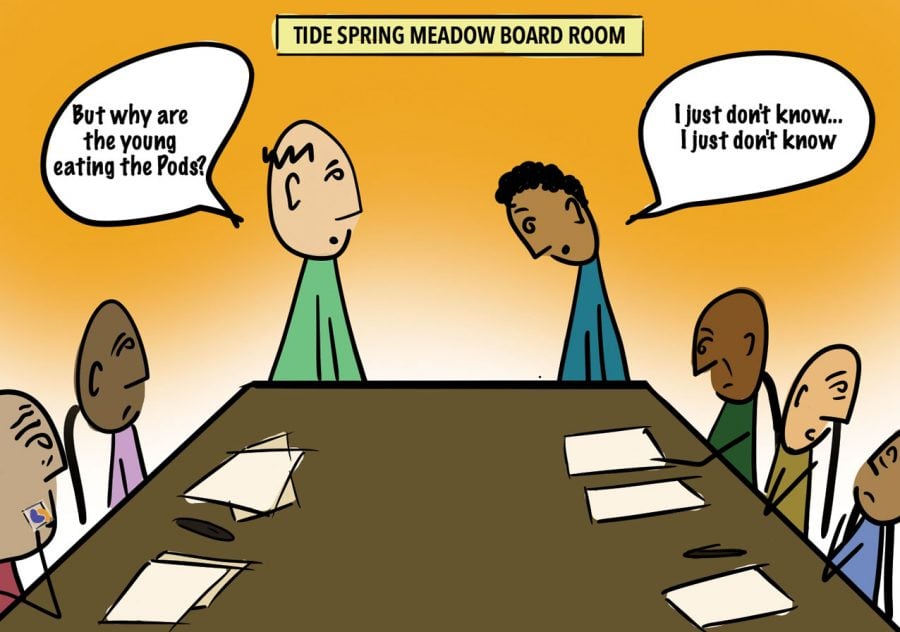 From the creators of the cinnamon challenge comes a new trend sweeping 2018 by storm. The Tide Pod challenge.

Popular amongst teens and social media outlets, the challenge pushes people to “eat” the pods. Some actually go all the way as to ingest them, and others spit it back out as soon as the colorful detergent reaches their tongues. Teens are using memes to represent the pods’ false edibility, comparing it to “sweet candy.” In both scenarios, doctors and Tide themselves have begged teens to stop now, before their exploits land them in the emergency room.

This isn’t the first time that Tide Pods have harmed the lives of children. Just last year, the American Association of Poison Control Centers received more than 10,500 reports of children younger than five who were exposed to the product. Not to mention, in the same year, nearly 220 cases of teens ingesting the product were also reported, and among them, 25 percent of those cases were intentional. All of this happened before the challenge had even begun. It has gotten so bad that Tide Pods in stores have been tightly sealed with locks around them to prevent teens from taking the challenge too far.

To learn more about it, I searched through social media for any trace that could give me more of a background story for the challenge. After seeing the overwhelming amount of Tide Pods in the Milner hallway, I decided to interview students here at Guilford. When asking around, I got mostly answers that I was hoping to find with students instantly saying, “no, it’s stupid,” before I had even finished asking the question. In other situations, students gave me sarcastic remarks like, “I’ve got to eat my dinner, don’t I?”

It was then that I started to think about memes, social media and even peer pressure. I mean, how is it possible that we could go so far as to know we’re hurting ourselves, and yet repeatedly continue to do it?

It’s mind blowing to me, the effects that this has on young children and kids my age who still see it as a joke. Even as the American Association of Poison Control Centers acts to alert consumers not to eat the pods, this has not put an end to videos that continue to make their way to YouTube, Twitter and other social media outlets. Now, while these outlets are racing to delete any traces of these videos, the Tide Pod challenge doesn’t seem to be slowing down. I’m hoping that teens have learned by now that this is a bad idea, and that those who are thinking of partaking in the challenge change their minds. Hopefully the ones who have already been hospitalized due to it have learned their lesson.

The moment when you must physically abuse yourself in order to fulfill a joke is when it is no longer a joke anymore. This is not something that we should be doing to ourselves. Not for the views or the likes or the attention that it brings. We should be the generation that is remembered for the marches we took forward and the real-world problems we solved, not remembered for the number of people who were hospitalized due to the number of Tide Pods we ate.

It’s common sense, people. Use it.