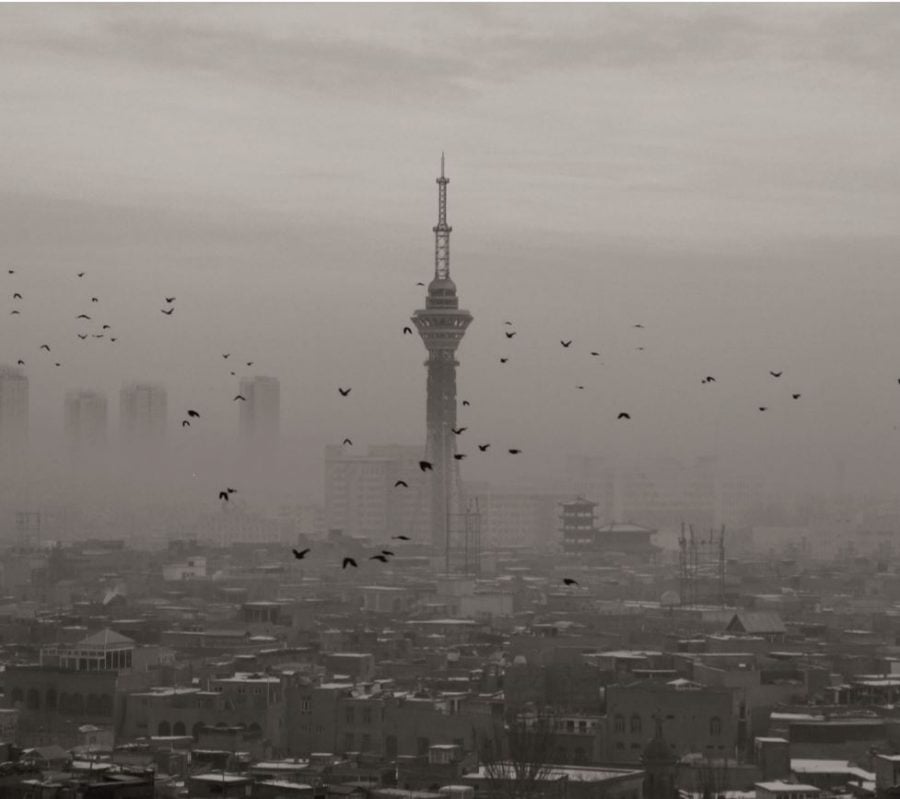 Eric Mortensen, associate professor of religious studies, captured this image atop a building this past January.

January term, or J-Term as its friends and family called it, was born in 2013 and spent its earthly time pursuing education in transformational environments. In its first year, J-Term touched the lives and academic careers of 176 students, and it formed beautiful and bountiful relationships with many others throughout its life.

While J-Term was a proud servant to the Guilford community, it was also a ferocious and adventurous traveler that trekked to various corners of the globe. In its trips abroad, J-Term gave time to those whose schedules wouldn’t otherwise allow them to learn in foreign lands.

J-Term had a deep affinity for the arts. In its lifetime, it facilitated the production of four Theatre Department plays, “The Trial,” “Animal Farm,” “The Crucible” and “Godspell,” as well as one Revelers Club show, “I Can’t Imagine Tomorrow.”

Experiential learning, however, was J-Term’s life mission. With the help of curious and eager faculty members at Guilford, it attempted to make experience-based education a reality.

There was the daring and original course taught by Professor of English Heather Hayton and Assistant Professor of Psychology Rachel Riskind, “The Binge,” which allowed students to study themselves as they overindulged in various forms of media.

There was “Improv Comedy and the Art of the Interview,” a class taught by Assistant Academic Dean for Career Development Alan Mueller, that mixed jokes with job search dos and don’ts.

There was even, perhaps, the most “Guilford” course of all: Woodworking and Furniture History. The class, taught by Professor of English Jim Hood ’79, matched the Piedmont Triad’s legacy of cabinet and chair-building with hands-on projects.

Without J-Term, it is impossible to know whether these and countless other creative and experimental courses would have ever seen the light of day.

J-Term lived in the spirit of these words. Alas, it did not lead a perfect life.

Whereas J-Term helped students deeply invest themselves in intense classroom experiences, it often glossed over offering courses to satisfy general education requirements, at least on campus. While J-Term’s options abroad often did meet these requirements, in the absence of financial aid, many students, myself included, could not afford the expenses and airfare costs.

In its waning years, these vices caught up to J-Term. It was diagnosed with a chronic low enrollment disease and fell into financial troubles.

J-Term departed this worldly plane on Jan. 26, 2017, at the age of five. It is survived by three siblings: fall, spring and summer semesters.

“It is hard to fail, but it is worse never to have tried to succeed,” as President Theodore Roosevelt said while serving as governor of New York.

J-Term’s lifework of experiential learning was ambitious. While its time has come and gone, those who remain can learn from J-Term’s example and perhaps continue its legacy.

J-Term showed us that learning doesn’t necessarily require a classroom. Grungy workshops, city streets, swirling oceans, mountain trails and well-lit stages are places where we all can learn too.