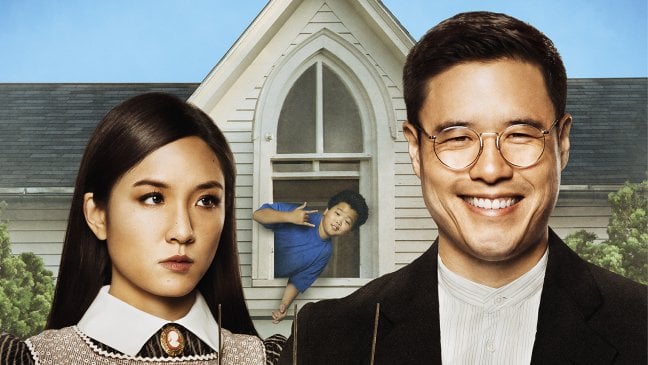 Courtesy of Hollywoodreporter.com via ABC

If a celebrity were cast in a TV show about my life, Lucy Liu would play me, my mother and almost every other female role in my life.

This is because Asian-Americans are poorly represented in American media.

According to a study from the University of Southern California, Asian-Americans played only 4.4 percent of speaking roles in 2013, despite being the fastest growing ethnic group in America.

“Asian-Americans have been in this country for a long time, and as our demographic has been steadily growing, I think it’s important that we’re proportionally represented in the media,” said Justin Chan, production associate at The New Yorker, in a phone interview to The Guilfordian. “It just doesn’t make any sense for the media to constantly tell stories that aren’t as diverse as the country is.”

In addition to underrepresentation, the Asian-American characters who do appear in Hollywood mainly play supporting characters.

“Growing up, I had one Asian-American role model to look up to,” said freelance journalist Chinlin Pan in an email interview with The Guilfordian. “That was Cassie Chan, the Pink Power Ranger.”

Like Pan, many Asian-Americans, including myself, have grown up with primarily white characters on television. Of the limited number of roles that do exist, many of them promote stereotypes of Asian-Americans in society.

“Historically, Asian-Americans have been overwhelmingly portrayed as foreigners not capable of speaking ‘clear’ English, as exotic and as masters of martial arts,” said Director for Multicultural Education Jada Drew.

However, the role of Asian-Americans in media is improving.

“We still see some stereotypical one to two linear roles here and there, but there definitely has been a lot of progress in the last decade,” said Grace Su, an actress, blogger and freelance video editor in an email interview with The Guilfordian. “People like Daniel Dae Kim, Sandra Oh, Ming-Na Wen, John Cho and many others have really been able to push the envelope with their bodies of work in both film and TV.”

“‘Fresh Off the Boat’ is a huge step forward as it’s the first show about an Asian-American family on network television in over 20 years,” said Maggie Hsu, co-founder of Mochi Magazine, a magazine that aims to empower Asian American women, in an email interview with The Guilfordian. “It’s not perfect and will always have its detractors, but it is going a long way towards changing perceptions and creating opportunities for other television concepts featuring Asian-Americans.”

Though the show has increased Asian-American representation, it is doing so through a whitewashed perspective.

“The network’s approach was to tell a universal, ambiguous, cornstarch story about Asian-Americans resembling moo goo gai pan written by a Persian-American who cut her teeth on race relations writing for Seth MacFarlane,” said Huang to New York magazine.

According to a study by the University of California Los Angeles, 94.8 percent of film writers are white. Even shows and movies with Asian-American representation are lacking in Asian-American perspectives.

“There has definitely been a glass ceiling for Asian-Americans in the media industry for a long time,” said Su. “However, I have seen that glass ceiling being pushed higher and higher.

“Hopefully, that ceiling will shatter at some point as I do think there is a ways to go in terms of Hollywood.”

The lack of Asian-American representation in media reveals a larger problem in American society.

“If you’re not represented in the media, it’s kind of like you’re invisible,” said Phil Yu, blogger at Angry Asian Man, in a phone interview with The Guilfordian. “At least with Asian-Americans … it’s like larger mainstream media telling us that we don’t matter … you just want something to tell you that your experience matters.”