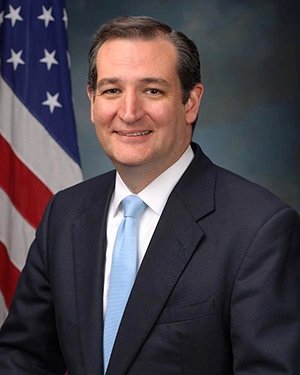 “Today I am announcing that I am running for president of the United States,” said Texas senator Ted Cruz on March 23 in his campaign announcement. “I want to ask each of you to imagine millions of courageous conservatives all across America rising up together to say, in unison, ‘we demand our liberty.’”

To Cruz, this was a call to action for other conservatives in his party. However, Cruz is known for his extremely conservative views, which have come under scrutiny by his own party members.

Cruz’s extreme conservatism may prove to be detrimental to his campaign. If Cruz does not make his views more moderate or swing voters support his extreme agenda, both of which are equally unlikely to happen, he will not win in the primary elections.

One of the ideas supported by Cruz is a flat tax. This term refers to a tax system where everyone pays the same rate, regardless of their income bracket.

“Steve Forbes, who was a candidate some years ago, also campaigned on a flat tax,” said Robert Duncan, assistant professor of political science. “He didn’t make it out of the primary.”

The idea of a flat tax is definitely not new, but it does not have much support.

“It’s probably not going to happen,” said Bob Williams, chair of the economics department. “The notion of flat tax has been around for a long time. The last time we had real tax reform was in 1986.”

Cruz’s flat tax, if implemented, would have a negative impact on the United States economy.

“I think that implementing a flat tax will exacerbate the income inequality and make things worse,” said Natalya Shelkova, assistant professor of economics. “Income inequality has been widening and it’s, at the moment, as wide as it was before the Great Depression.”

Another major component of Cruz’s campaign is to defund the Affordable Care Act. In 2013, Cruz was blasted by members of his own party for the role that he played leading up to and during the government shutdown.

“(Defunding the Affordable Care Act) would set folks back,” said Williams. “The 10 million people or so who have now been able to get access to healthcare in the last two years, what would happen to them? The Republicans have no real plan to put in its place.”

This lack of a solution really hurts Cruz’s plan to defund the Affordable Care Act. Without a solution, it appears to be more of a personal vendetta against the president rather than implementing a plan that puts the American people first.

Overall, Cruz’s lack of support not only from leaders in his party but from the American people is going to hurt him during the primary elections.