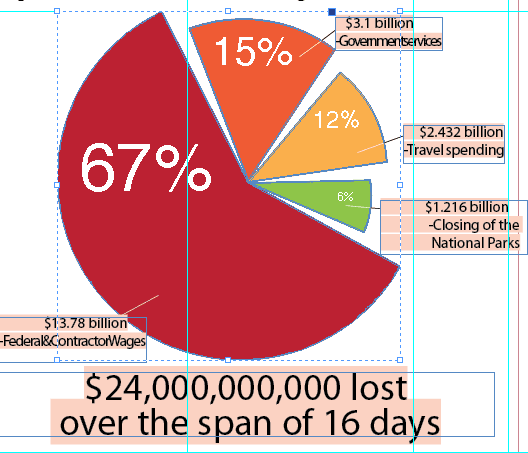 After the shutdown, Congress played the blame game as Americans tried to make sense of it all. But ultimately, this was a Republican shutdown.

However, Republicans blamed President Obama and the Democrats. No surprise there.

“This is part of a larger pattern: the president’s scorched-earth policy of refusing to negotiate in (a) bipartisan way on his health care law, current government funding or the debt limit,” said Speaker of the House John Boehner in his Oct. 2 USA Today editorial.

In other words, Boehner blamed the president for apparent lack of communication. Funnily enough, it was the Republicans who refused to negotiate.

“We passed bills to try to deal with the underlying health care problem as well as the underlying debt and deficit problem,” said Representative Jeff Fortenberry (R-Neb.) according to Mother Jones.

The “health care problem?” Did he mean the Affordable Care Act, the health care law that our government supposedly protects?

“The Affordable Care Act was passed by Congress, signed by the president and upheld by the Supreme Court,” said Emily Brown, president of Guilford County Young Democrats, in an interview with The Guilfordian.

“Allowing the GOP to make a mockery of the democratic process because they’re particularly bitter about an argument they lost regarding a bill that is already law would be an unbelievable injustice.”

“The government shutdown (happened) because  … Obama and the Democrats failed to show leadership,” Moore said. “This problem of the president’s … compromises for bipartisanship with the other side has been a flaw since the beginning.”

Obama has a problem compromising? How ironic; that seemed to be the Republicans’ weakness, didn’t it?

And shouldn’t our government be willing to compromise for the betterment of the people?

“Republican leaders …  in the House of Representatives are holding hostage necessary government programs and benefits from hardworking Americans who entrusted them to make responsible choices,” said Brown.

“Everybody knows who’s at fault here,” said Duncan. “It’s (the Republicans) of Congress who have resisted this all along. They’re fighting to defund the (Affordable Care Act, which) is going to help a lot of people.”

“It’s not the Democrats, it’s not Obama (and) it’s not the Affordable Care Act,” said Duncan. “It’s some petty members of Congress. I’m not on the fence on this issue at all.”

“Unfortunately, Senate Democrats … deliberately shut down the government for the sake of raising taxes on medical devices and plowing ahead with the Obamacare train wreck,” said Moore.

Really? I’d love to see the facts to back up that statement.

Oh! But here are some facts: after an estimated total of $24 billion lost due to the shutdown, Obamacare is still a law.

And Americans are siding with Obama and the Democrats. According to a CBS News poll, 44 percent of Americans agreed Republicans are to blame. People are upset with Republicans for blatantly refusing to compromise and accept a bill that has already been passed.

The answer is obvious: the Democrats were more than fair, and the Republicans, who tried to discredit our entire legal system by refusing to fund a law, tried to pin the blame onto them.