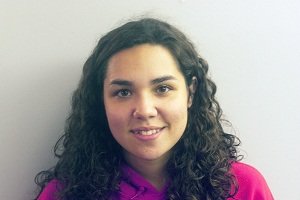 Since 1927, national law has recognized women as the primary targets for sexual assault. Although it is true that males have the necessary anatomy to commit such a crime, we underestimate just who can be a victim and who can be a perpetrator.

On Jan. 6, Attorney General Eric Holder announced a newly revised definition of rape. According to the U.S. Department of Justice website, the law previously defined rape as the “carnal knowledge of a female, forcibly and against her will.”

Unfortunately, this only limited rape to vaginal penetration. Considering the sexual nature of humans, it is surprising other types of penetration weren’t included.

“The data that are reported to the public come from this definition, and sadly, it portrays a very, very distorted picture,” said Susan B. Carbon, director of the Office on Violence Against Women, to the New York Times.

In summation, this means that if your experience of assault does not fit the description of this law, it doesn’t count.

This narrow definition limits the number of rapes and sexual assault reported because victims fear they will not have a case to bring their attacker to justice. In fact, statistics contained in reports filed with the Uniform Crime Report system of the FBI were found to be inaccurate and undercounted due to the narrow scope of the law.

Thus, with this new law in effect, it is hopeful that victims who may not have reported their attack previously due to the narrow definition will now have confidence that their perpetrator will be punished.

Being sexually assaulted or raped traumatizes the victim enough that they are often scared to report what happened. However, why should a narrow definition make victims who aren’t female more terrified to report their attack?

Furthermore, what if the victim was under the influence of alcohol or drugs?

When we get to college, one of the first assemblies we attend is about consent, should a situation like this arise. When you are intoxicated, your judgment is clouded, making you vulnerable to sexual assault.

No one asks to be sexually assaulted or raped and, when someone doesn’t have the right mind to consent, their attack should still be counted in the eyes of the law.

Why did it take the law 80 years to finally broaden the definition of rape despite ongoing media coverage on such attacks? Just think of all the attacks that could have been reported or gone through to the UCR system. The number could have been insurmountably larger and victims would find closure and justice.

Unfortunately, this law doesn’t change the way different states operate in their own reporting system.

Nevertheless, with this new definition in place, victims will have the courage to step up and report their case, even if it occurred years prior. Speaking out is better than keeping quiet and every voice counts.