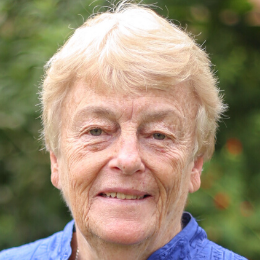 As the 2020-21 academic year begins, Guilford College students and faculty alike are entering a new semester with several recent changes in administration.

One of the first changes that came to light, the resignation of Guilford President Jane Fernandes, was announced on June 26. Fernandes said she plans to officially resign on July 1, 2021.

To some, the news may have come as a surprise. To Fernandes, however, the end of her presidency seemed inevitable and soon.

“I was considering stepping down, probably in 2022,” said Fernandes in her June 26 open letter to the Guilford community. “Now with the increasing uncertainty of our altered reality that this pandemic is causing, I think it best to complete some of the hard decisions we need to make, assist the Board of Trustees with a transition, and allow another leader to envision and implement the structural adjustments in higher education that undoubtedly will follow this crisis.”

The 2019-20 academic year marked the end of Fernandes’ six years as the ninth president of Guilford College. In her resignation letter, Fernandes said that as president, she worked to “increase student enrollment, revitalize our curricular and co-curricular endeavors, and take care of our residence halls in need of attention.” She is also known for the Guilford Edge initiative, which was implemented in 2019 and uses an alternate calendar system which includes a three-week term and a 12-week term each semester.

Despite Fernandes stepping down and eventually moving into a faculty role in the English Department, the Edge initiative is expected to continue at Guilford.

“The Edge is not just Jane’s initiative—it is something the entire college is working on,” said Budget Committee Member and Geology Professor Dave Dobson. “I think there is a significant part of the Edge that is proven and useful, liked by students, and will definitely stay.”

Although she is resigning in 2021, Fernandes began a sabbatical on July 31.

“I was a little bit surprised, but also a little relieved,” said junior and Democracy Matters Treasurer Connor Button on the subject of Fernandes’ resignation. “There’s been quite a bit of unrest about decisions that were made in the past, but I’m mostly excited about Rob Whitnell being named as provost.”

Krista Craven, assistant professor of Justice and Policy Studies and a member of the Clerk’s Committee, also discussed Whitnell’s capability to succeed in his new position.

“I think we are situated well for a smooth transition, particularly as our new Provost, Rob Whitnell, is a longtime faculty member at Guilford and he has held several important leadership roles at the college,” said Craven.

This news of change comes at a time when many employees of Guilford College are already feeling the impacts of the COVID-19 pandemic. A May News & Record article reported that Guilford planned to extend its furloughs of over 130 employees through July 31. According to a July News & Record article, Guilford has already cut 45 staff positions, five visiting faculty roles and additionally left 34 vacant positions unfilled. These decisions are being made in the wake of the college’s recent financial struggle, exacerbated by the refunds that were issued to students sent home halfway through the spring 2020 semester.

As Fernandes mentioned in her letter, the pandemic has played a role in her presidency coming to an early end as well.

According to Dobson, “the layoffs were primarily used to address a structural budget problem that was significantly larger than our pandemic-related challenges, either last year or this coming year.”

For the fall 2020 semester, Guilford has embraced hybrid learning, offering classes to students in three different formats: face to face, hybrid and completely online. As opposed to making the semester online or in person only, the College is incorporating aspects of both.

“I am saddened and frustrated by the circumstances that led us to this (Guilford’s need for a change in administration) but I am genuinely hopeful about all of the new leadership we have on campus and their ability to help Guilford navigate the months ahead,” said Michael Costolo, visiting assistant professor of Justice and Policy Studies at Guilford and a member of the Clerk’s Committee.

In addition to Whitnell taking on the role of provost, on July 26 an interim president was named to fill Fernandes’ position temporarily until a permanent president is hired. Dr. Carol A. Moore, a biologist with a doctorate from Northeastern University, filled the position effective Aug. 1 with the full authority of that role.

According to an email sent to the Guilford community by the Division of Student Affairs, Moore was selected because of her experience leading institutions during challenging times, along with her compassion, commitment and willingness to put in the work that Guilford requires of a president.

Faculty members and students alike spoke about their hopes for what the new leaders of Guilford College will bring to the community, in the interim and beyond.

“I believe the best president for a place like Guilford College is one who is student-centric, and who works with students both inside and outside of the classroom,” said Costolo. “I hope that the next president is a person who recognizes that the greatest resource of this community is its passionate and dedicated people, and who will work with those people to find creative and ethical solutions to the challenges ahead.”

Dobson discussed the qualifications he wants to see in a future leader of the College.

“I hope we find somebody who is smart, perceptive, financially savvy, transparent, with a strong focus on listening and communicating, and who either already knows the Guilford community well or is willing to learn quickly and deeply,” said Dobson. “We have some tough challenges ahead, but if we can meet them as a community, and while listening to all voices, I think we’ll be much stronger for it.”

Button’s viewpoint on the issue focuses on student involvement and the importance of listening to student voices.

“I want to see an administration that has the drive to meet with students,” said Button. “There seemed to be a lot of a focus on Guilford making money for renovations when other things should get more attention or just as much.”

Although COVID-19 has brought its challenges, Guilford College is open to students and classes begin on Wednesday, Aug. 19, under this new leadership.

“It’s 2020, I don’t think anything is going smoothly for anyone, anywhere,” said Costolo. “There is no playbook for the unprecedented. That being said, nobody will ever accuse the interim president or anyone from the interim provost’s team of being lazy. The amount of work they are all doing towards preparing Guilford for the coming academic year is astounding.”