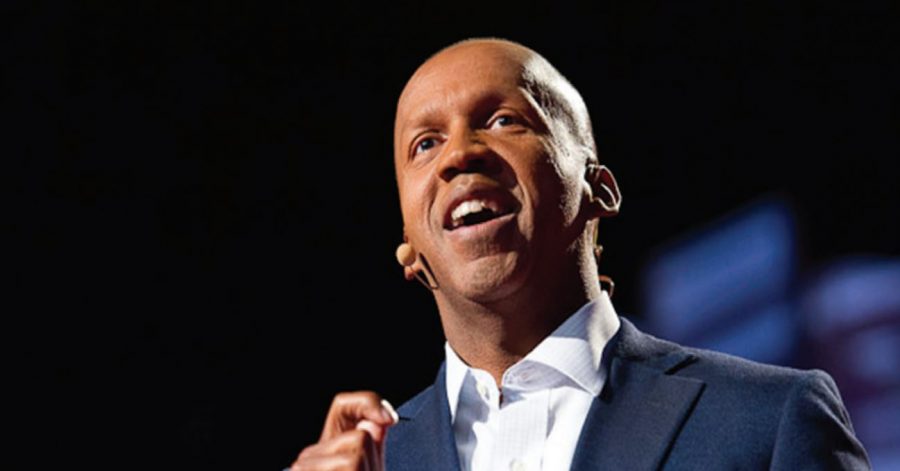 Bryan Stevenson, American lawyer, social justice activist and a clinical professor at New York University School of Law, will serve as the next Bryan Series speaker this upcoming Tuesday, Feb. 21.

Not many Harvard-educated lawyers spend their careers defending poor clients on death row but that is exactly what Bryan Stevenson has done.

On Feb. 21, Stevenson will give the second Bryan Series lecture of the year.

“Personally, I’ve been looking most forward to this program,” said Ty Buckner, associate vice president for the Bryan Series and advancement communications. “Bryan may be the least well known, but … I think he will make the biggest impact.”

Stevenson is the founder of the Equal Justice Initiative, which is “committed to ending mass incarceration and excessive punishment” and promoting racial justice and human rights, according to its website.

He has challenged death penalty cases in Alabama and beyond, and litigated several cases in front of the Supreme Court of the United States that led to a ban on mandatory life sentences for juveniles.

“Some of the new features in justice & policy studies at Guilford, including a masters in criminal justice, made scheduling (Stevenson) at this point in time, the spring of 2017, a very timely matter for Guilford,” said Buckner.

Stevenson is also the author of “Just Mercy,” a memoir of his work with EJI and the people he has defended.

“In general, it’s not a literary work of art,” said Victor Feraru, ’14, who read the book for his first year in law school. “(But) it tells a story of injustice that we don’t want to know about. … It’s a whopping 368 pages. I read it in two days.”

In preparation for Stevenson’s talk, the College organized a book group to read and discuss “Just Mercy” on Feb. 15. It is being led by Krista Craven and Catherine Bonventre, assistant professors of Justice & Policy Studies.

“Advancement very kindly offered to pay for books for … the first 60 people who signed up,” said Craven. “So there’s 60 to 80 people who have copies of his book and have been reading it.”

One of the people who signed up for the book club was first-year Ramya Krishna.

“(The book) was pretty jarring,” said Krishna. “We say everyone is equal under the law, but it seems we haven’t advanced that much since Plessy v. Ferguson.”

In addition to the on-campus book club, there have been four discussions in the wider community: two hosted by Guilford and two by WFDD, a community radio station in Winston-Salem.

To allow for more discussion with people who have read the book, the student talk-back before the evening speech will be longer than usual. It will be held from 3:30 to 5 p.m. in Founders East Gallery on Feb. 21 and be open to all students and members of the College community.

Craven hopes that students will find inspiration in what Stevenson has done for their own work.

“(Stevenson) started off on a really small scale … with very little money or support,” said Craven. “I think that’s something that would be useful for Guilford students to know: that these amazing, transformative initiatives can start very small … with … just an individual who works to find ways to do (what) they care deeply about.”