A Day Without Immigrants 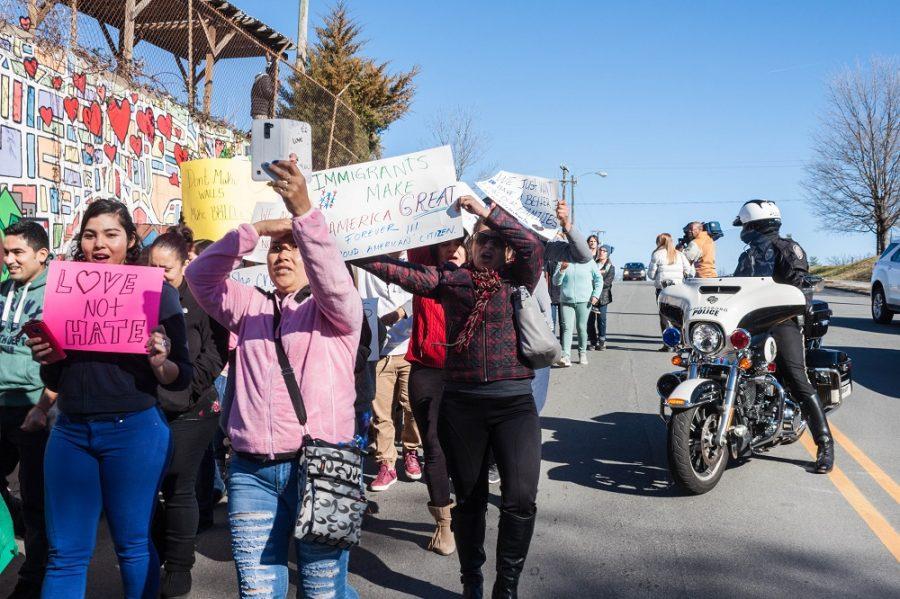 “La Bamba” played within the walls of the Central Carolina Worker Justice Center  as members of the Latinx community gathered to make signs in preparation for the Day Without Immigrants protest that took place Thursday. Feb. 16 at 2 p.m. in downtown Greensboro, North Carolina.

“In a day of school, I learn things that will help me in life, but today, it’s more important for me to be with my family,” Yahir Mendoza, 13, said. Mendoza marched alongside his family holding signs that read “Build Bridges NOT Walls” and “Ningún ser humano es ilegal” — “No human being is illegal.”

Students, workers and parents from all around Guilford County marched to the Civil Rights Museum as a way to join the national protest that took place today to protest President Donald Trump’s executive orders on immigration.

“Our presence matters,” Brenda Jaime, construction worker and mother of two, said, “This is a peaceful way to let this country know that immigrants play an important role in this nation.” Instead of attending work or sending her kids to school, the family decided to participate in this peaceful protest.

Students Ezell A. Blair, Jr., Franklin E. McCain, Joseph A. McNeil and David L. Richmond performed an act of peaceful protest on Feb. 1, 1960 to stand up for their rights. Today, 57 years later, the Latinx community took a stance for their rights as immigrants and as people living in the United States.

“This is not just a brown issue,” C.J. Brinson, local activist said. “For me, this is a black issue as well because your experience and your treatment in this country is just as black mine.”

The march concluded as approximately 100 individuals left the scene hoping to have their voices heard by the local and the national government.