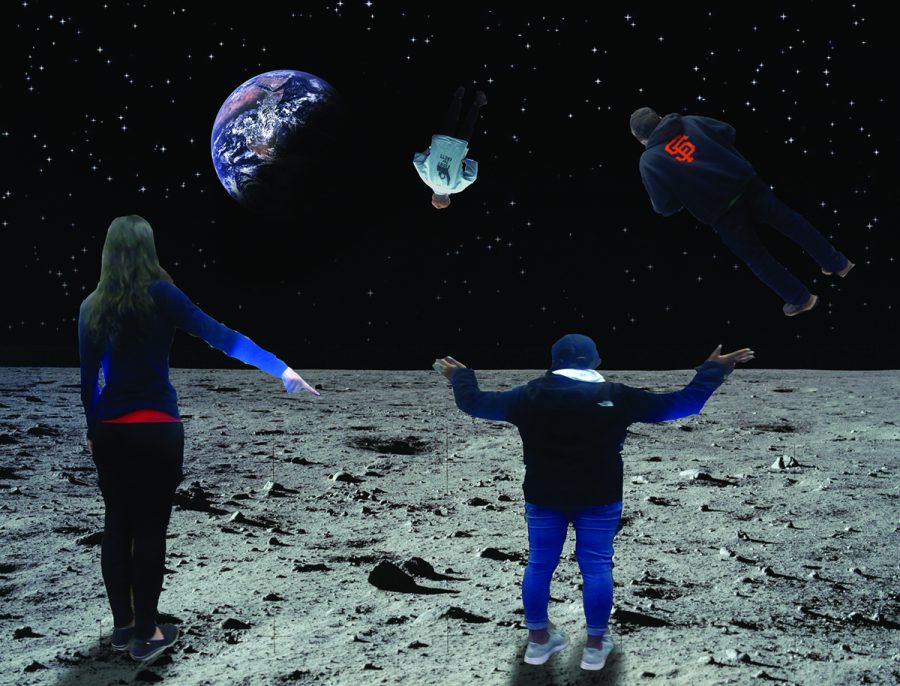 Guilford students are protesting against the mandatory moon mission. Students believe they don’t need to go to the moon just to build their character.//Photo courtesy of NASA

What character building tasks can Guilford professors reasonably expect their students to partake in, and when should we draw the line?

An intense debate has been occurring recently between professors and students in the community about whether or not students should be required to take a trip to the moon and remove their helmets, like in “The Magic School Bus,” in order to “build character.” For years, students have participated without question, sometimes at the cost of their own sanity. It’s time for students to take a stand against the outdated and unnecessary moon trip requirement.

“I remember completing the trip and feeling so underwhelmed. Like why did I devote so much time and energy to going to the moon? I got there, and not only was there no cheese, but it was just dusty and hot,” said sophomore Colin Dossol.

Unfortunately, Dossol is one of many students who worked tirelessly to complete the mission while still keeping up with their regular class schedules. I believe the experience of Dossol and so many other Guilford students proves how unnecessary the moon trip is to our education and character. Taking a trip to the moon requires training, money and months of preparation. Students simply don’t have the resources for such a mission.

It seems that the Guilford administration is clinging to the old tradition with little to no logical explanation to justify it. Professors have continually reassured students with a vague promise of the mission’s potential to build character. What exactly do they mean when they say, “build character?”

“The only reason we still require the trip is to maintain a competitive edge. The moon trip really distinguishes our institution from other colleges and universities,” said a Guilford professor who would like to remain anonymous. “It’s certainly an unpopular opinion within the administration, but I believe the trip should be discontinued.”

After reaching out to President Jane Fernandes for a comment on the topic, I received no response. Without the support of professors who openly oppose requiring the moon trip, students are left with no other choice but to speak out.

In the next week, a petition to exclude the moon trip from Guilford’s general education requirements will be posted to the Buzz. I urge everyone to sign it and really consider how the continuation of such a trip might negatively affect the student body.