Resettling in Greensboro: Glimpses into the lives of refugees 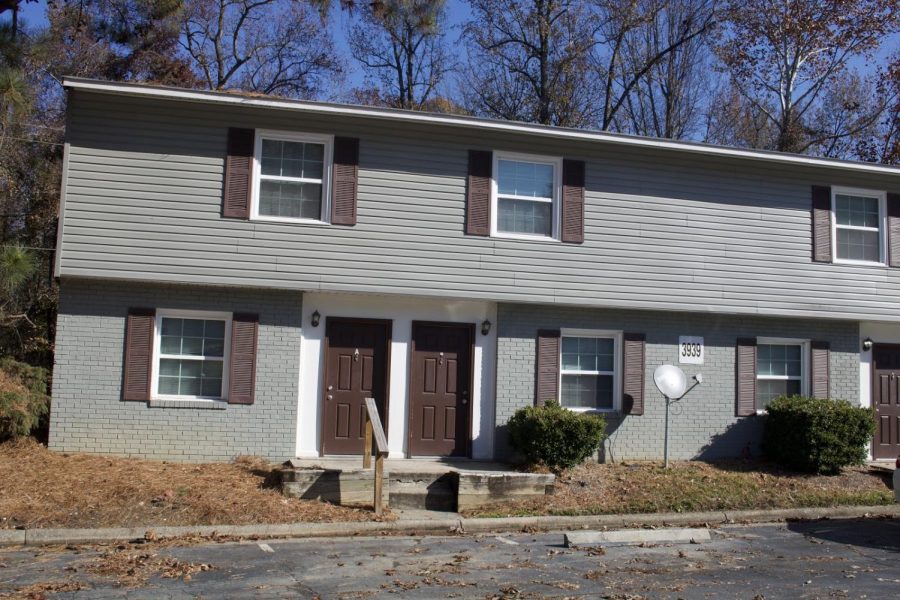 This project, a photo essay completed for the Fall 2019 Guilfordian Practicum course, is aimed at raising awareness about the living conditions of refugees who resettle in the Greensboro area. The photos and text included depict some of the areas that are known to refugees and highlight some of the experiences they have faced.

When my family and I first settled in Greensboro in 2012, we lived in building 3939, apartments A and B, in the Legacy Crossing complex previously known as Ashton Woods. The 2019 photo included here reflects renovations that have been made in the last seven years.

When I lived in Legacy Crossing, water leaked from the roof of the building into my family’s apartment. The management did not do much to resolve the issue and we were not alone in facing this problem.

Other tenants in the complex complained about the presence of mold. The tenants were concerned for the health of their young children from the danger of mold throughout the apartments. In some buildings entire apartments were flooded because of old pipes that had not been inspected in years.

One of the biggest tragedies that refugees have faced here in Greensboro was a deadly May 2018 fire in one of the units in the Summit-Cone apartment complex. According to the Greensboro Fire Department, the fire that claimed the lives of five children of a Congolese refugee family was caused by unattended cooking. However, as reported by local media, the family, who migrated from the Democratic Republic of the Congo, expressed concerns about the safety of the apartment’s stove before the fire.

As part of “Unsafe Haven,” its 2018 documentary on the Summit-Cone apartment fire and its aftermath, Winston-Salem public radio station WFDD reported that city inspectors found 466 code violations in the 42-unit complex in August 2018.  The complex then was condemned by the city. According to the News and Record, since then, the apartments have been repaired and the complex — sold to new owners — is under new management.

In a positive development for refugee families in the Legacy Crossing complex, a neighborhood community center was created in 2012 in one of the complex’s apartment buildings.  The center was designed to provide assistance to refugees relocating to the area and its services include tutoring, mentoring, job search assistance and basic medical assistance.

Besides the rising cost of living in the area, as previously mentioned, many refugees who resettle in Greensboro have to deal with safety and health concerns within their living spaces.

However, there are many beautiful moments that I and many other refugees have experienced here in Greensboro. For me, some of those great moments include being part of the Legacy Crossing Community Center and watching neighborhood kids play every day around the giant tulip poplar tree that stretches high above the apartment complex.