First semester of the Edge closes and criticism rises 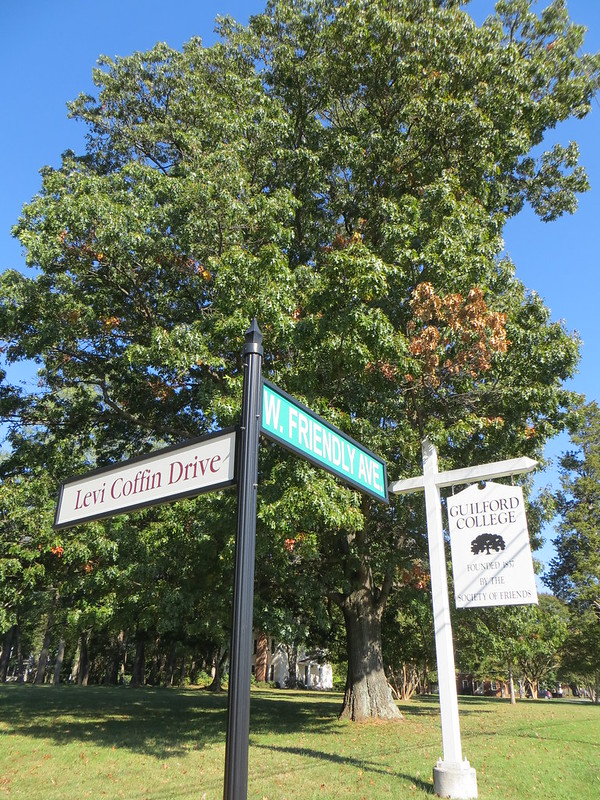 Guilford looks the same, but a lot is changing, for better or for worse.

This semester marked the first of Guilford’s new scheduling program: The Edge. This means that in one semester there is an intensive three-week course along with a 12-week session of multiple courses, as opposed to Guilford’s original 15-week schedule.

According to the Guilford website, The Edge is all about “re-imagining the future of education” and providing unique “real-world learning every semester.” As the semester comes to a close, however, many students have mixed opinions about the way this new form of scheduling was executed.

Senior Annika Norris was frustrated with how hectic the classes were. She is currently taking a lot of classes specific to her major in English.

“It only does if you’re going abroad,” Norris said. “There are some cool classes, but I can only think of real-world as international or out of a college setting. That’s not really true for all of them.”

“I wish I had done (The Edge) when it was more fleshed out. I also wish the attendance policy didn’t change and they prepared the professors better because I felt slammed … They just condensed 15 weeks into 12 week classes, if that makes sense. It’s its own thing and needs to be treated as such.”

In regards to the three-week schedule, Norris was more optimistic.

“I liked the three week, but if they just made Jan-Term more accessible, or mandatory, we wouldn’t be having this issue,” Norris said.

Jan-Term was a program offered by Guilford until the 2017-2018 school year, where students could participate in intensive courses for a month. The problem with this, however, was that the tuition had to come out of pocket, and was not included in a student’s scholarship.

Senior Theo Baker had a similar positive outlook on the three-week course, as he was able to study away during this time with professor Krista Craven’s course “Social Justice in the Southern U.S.” The class started in Greensboro and went to Atlanta, Montgomery, Alabama, New Orleans, Little Rock, Arkansas and Nashville, Tennessee.

“I really appreciated being able to study abroad in the three-week. I liked being able to focus on one class and become immersed in it,” Baker said. “It’s probably the most engaged with a class I’ve been … (it) made it more accessible both on price and location, since departments are able to include it into their budget so students don’t have to bear that cost.”

Additionally, he thought that the increase of study-away programs within the United States as a result of the three-week was a good decision.

“Offering more programs within the U.S. allows undocumented folks to experience this,” Baker said. “I also heard that it allows more athletes to travel, but I don’t have any experience with that.”

However, like Norris, Baker has not been ecstatic about the outcome of the 12-week.

“The 12-week felt very rushed. It felt like professors didn’t really know how to manage a two hour block time and everything felt very condensed. I felt like an overlooked sponge at the end of every week. I hope those problems can be worked out in the semesters to come.”

For senior Tay Bomstein, who is majoring in sustainable food systems and minoring in art, her impression of the three-week was very similar to Baker’s.

“I personally learned so much during the three-week because we were in class every day and it’s much easier to retain info when it’s repeated every day,” Bomstein said.

Bomstein, however, claimed to have had a glowing experience with the 12-week session in comparison to students like Norris and Baker. She is currently taking woodcut, painting and foraging classes.

“I loved the 12-week because it went by so quick. It was easier for me but I’m biased because I only took 11 credits,” Bomstein said. “I hope (The Edge) will stay because it makes time fly and gives you multiple breaks in one semester. Gives you time to breathe during stressful classes.”

While Bomstein is very happy with how her schedule has turned out, she also noted that “I love every single class I’m in. But I dropped a class because it was too hard to squeeze three four-credit classes into 12 weeks. I’m scared for next semester.”

The goal of the Guilford Edge was to provide a schedule that isn’t offered at many other schools—to make Guilford stand out and offer students an unusual experience. While it certainly makes wonderful programs like study abroad more accessible, for those who need to stay on campus to complete a degree, specifically seniors, the general outlook appears grim.