Hector Suarez fights for his right to dream 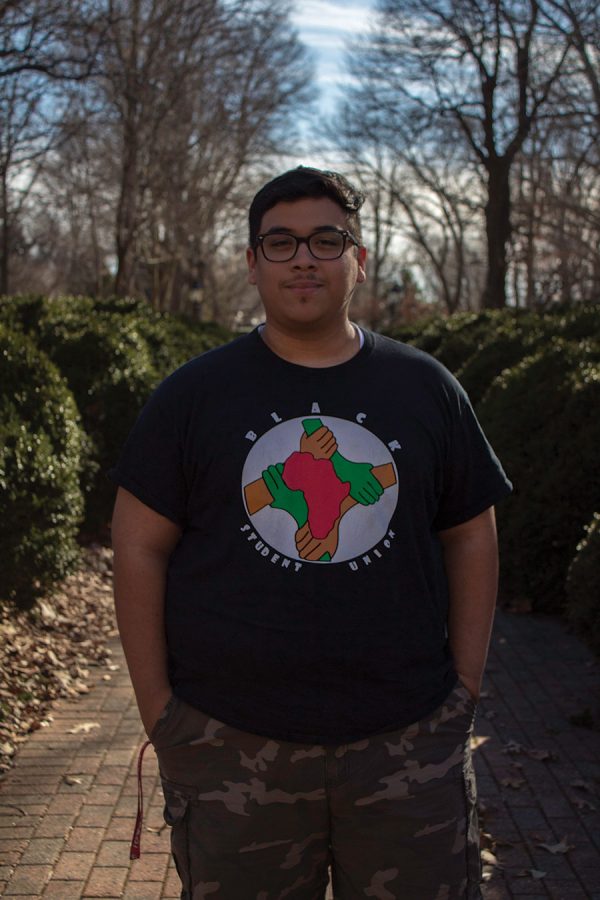 Suarez lived with his parents and older sister in Veracruz for eight years. Veracruz is on the Gulf of Mexico, and every summer Suarez and his family would take trips out to the beach.

“Saying goodbye to him was a very hard thing to understand as a 6-year-old,” said Suarez.

“My mom had to work harder in Mexico because she was on her own. I would spend a lot of time with my sister because she had to take care of me.”

Suarez and his family joined his father in the United States in 2008. They moved to High Point, North Carolina, a significantly different environment from Veracruz, Mexico.

“Everything was a lot closer,” said Suarez. “My house had four to five different stores around it, and there was a park across my house. My neighborhood was just a community within itself.”

Suarez immediately began going to school in High Point, but the language barrier proved to be a challenge. As a third-grader, Suarez knew only one phrase in English, “Good morning.”

“It was hard at first, because as a kid you don’t understand why you have to learn a new language,” said Suarez. “But I also knew that if I wanted to get ahead and be able to do something in the classroom, I needed to learn English.

“I had to be determined.”

Suarez attended summer school after third grade, and in the fall of his fourth-grade year, he was able to communicate in English with his friends and teachers with ease. At home, his family would often speak Spanish, but as they learned English, their native tongue would often blend with English, becoming a hybrid of the two languages.

As Suarez entered high school, he began to understand why he was in the United States.

“Ultimately, we came for better opportunities and to reunite my family,” said Suarez. “My parents thought that me and my sister would have a better opportunity at an education here in the U.S., and financially, things were just better here.”

His parents made the executive decision to leave everything they knew behind for the chance at better opportunities for their children, and Suarez is deeply grateful for the sacrifices his parents have made for him and his sister.

“I look up to (my parents),” said Suarez. “They have worked so hard since we got to the U.S. At first I might not have understood why we were here, but now I’m certainly very grateful for the opportunity they gave me.”

Throughout his academic career, Suarez’s parents have pushed him towards excellence, encouraging him to do his best.

During junior year of high school, Suarez applied to the Deferred Action for Childhood Arrivals program, known as DACA, per his parents’ insistence.

His mother, who had heard about DACA while watching the news, told Suarez about the opportunity.

“I didn’t know how much of an impact DACA would have on me,” said Suarez. “My mom and my dad said I was going to apply for this because it was going to benefit me a lot, and it really did.”

Up until Suarez was granted his DACA status, he had never seen college as a possibility for his future due to the large financial pressure it would have put on his family.

“DACA opened up a lot of doors,” said Suarez. “It let me get a job to save up money. I went to a dual-enrollment school, so I worked even harder to graduate with my associate degree as well as my high school degree, which I don’t think I would’ve been motivated to do without DACA.”

Though DACA gave Suarez more opportunities to succeed, it was not easy to receive the status.

DACA is a two-year program, meaning that each recipient must go through the long and expensive application renewal process every two years.

The process includes hiring a lawyer, traveling to the nearest biometrics center for an extensive background check and the application fees, each application costing $495.

Both Suarez and his sister are DACA recipients.

“For my family, saving up $495 for two people turns into $1,000, and while working a minimum wage job, it’s hard to do because there are other bills to pay,” said Suarez.

“So it just shows how hard we’re willing to work to accomplish the American Dream.”

After graduating from high school in the top 2 percent of his class, Suarez enrolled at Guilford College, and was given financial aid through the Bonner Scholars program.

As a Bonner Scholar, Suarez is required to complete 140 hours of community service each semester and 280 hours every summer. This year, Suarez is fulfilling his requirements by volunteering at the Newcomers School with immigrant and refugee students.

“One of things most interesting to me is how fast they learn English,” said Suarez. “These kids, watching them throughout four weeks, they were already able to communicate. They all speak a different language, which is amazing because they all have to find some way to learn English.”

Suarez has also volunteered as a tutor in Oakwood Forest, a predominantly Hispanic community. There, Suarez coordinated tutoring sessions in addition to serving as a tutor himself.

With a major in philosophy and a minor in education, Suarez is hoping to become a teacher after he graduates. He will be graduating in the spring of 2018, having met all his requirements to graduate a year early.

As Guilford’s Senate President, Suarez has responsibilities on top of his academic and community service commitments.

Suarez emphasizes the feeling of community amongst his peers, encouraging the students to get involved with activities and attend events on campus.

This emphasis on building community, along with his passion for social justice and creating positive change, is what got Suarez elected.

“I think one of the biggest things was that I’m not afraid of change, so I was willing to go into Senate and make the changes that I thought would be better for campus,” said Suarez.

Just as in his own community’s politics, Suarez is active on a national scale as well. Fighting for the protection and continuation of DACA has occupied his time for weeks, as he travels to and from Washington, D.C. to speak North Carolina’s congressional representatives.

On his second trip to Washington, Suarez accompanied President of Guilford College Jane Fernandes to share his story with both Republican and Democrat senators and representatives.

In sharing his story, Suarez has noticed that his efforts are making a difference, especially as Jan. 19, the day for deciding on new legislation concerning DACA, nears.

“The people that we talk to have become more supportive,” said Suarez. “They’ve talked to hundreds of Dreamers, but as the day gets closer, it becomes more impactful.”

Suarez’s date for the expiration of his DACA status is fast approaching, making him one of the most influential people that his representatives can speak with.

As a DACA recipient, Suarez knows what’s at stake as the expiration date nears.

“Even having DACA, I was still worried,” said Suarez. “It’s not full protection, but I think at this point I learned to get used to it. I’ll have to get used to living without DACA, and I’m not sure how that’s going to work out.”

Despite his uncertainty, Suarez is determined to continue pursuing his degree. He is on track to graduate May 5.

“Right now, my American Dream is just to graduate,” said Suarez. “That’s what I’m working for.”