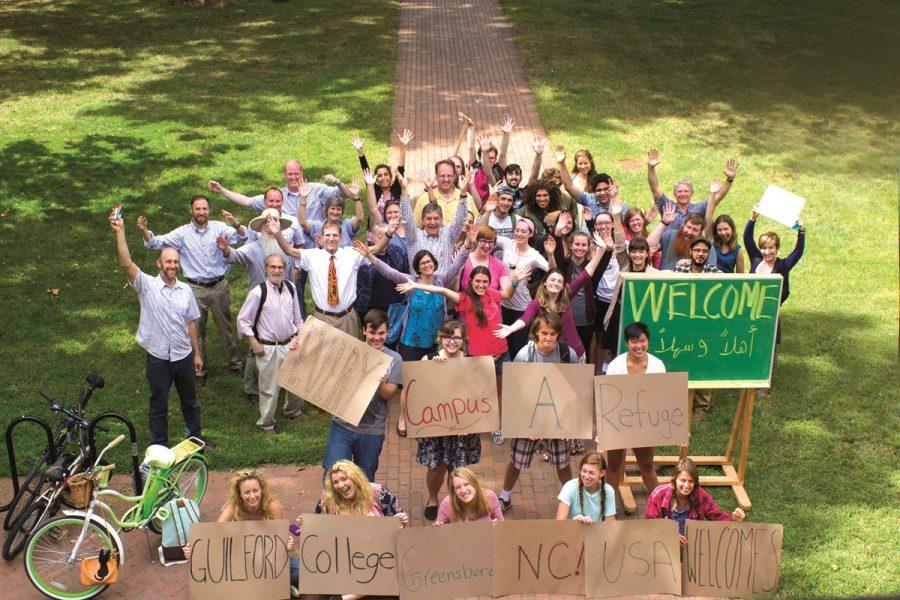 Over 65 million people are displaced from their homes. Half are under the age of 18. Programs have sprouted up everywhere to help refugees across the world. One that is gaining traction, “Every Campus a Refuge,” has a chapter right here at Guilford College.

The program advocates for the housing of refugees on Guilford’s campus as well as helping other schools with similar programs. Created in September of 2015, the program has hosted 27 refugees, including the current families.

The program has also recently added a minor program at the College. The organization has spread nationally helping campuses in Florida, Georgia, Ohio and Pennsylvania become campus refuges.

“I think our biggest accomplishment is all of the outreach that we’ve been able to do with campuses and other community organizations in bringing them together to help refugees,” said Hali Kohls, a graduate student and ECAR alumna volunteer, reflecting on the group’s success and the widespread community engagement. The organization has also been represented at the United Nations during the UNA USA Member’s Day in 2017 and has been featured on NPR and The Washington Post.

Students on campus can get involved easily in several ways. First, students can share donation pages on social media platforms like Facebook and Twitter. This helps families in need of specific supplies and living materials so their accommodations can feel more like home.

Another way is through English as a Second Language training.

“Speaking English is a big thing when people arrive,” said Kohls. “They can’t really do very much for themselves if they don’t know the language.”

ESL training is readily available and one of the more important aspects of the refugee program as it can be one of the hardest adjustments to make. However, this can require some education background which is not always an option.

Volunteers can also sometimes help with the setup of housing before the refugees get to campus. Although, due to privacy concerns the locations of the refugees remain confidential.          “Part of the message of Every Campus a Refuge is privacy confidentiality and not exploiting the people we are helping,” said Diya Abdo, associate professor of English and the founder and director of ECAR. However, volunteers have access to this information for assistance in the process.

Volunteering also involves helping refugees get around to various appointments and other commitments to help them with resettlement. Currently, the program has over 100 trained volunteers which include students, staff, faculty and alumni. These volunteers do anything from driving them to appointments, help with picking up and dropping off donations from sources and even teaching refugees how to use the bus system.

Students at Guilford College have the unique ability to also get involved by minoring in ECAR. The program will pilot this coming fall and is available to sophomores and above. However, some entry level classes do exist for first-years including Every Campus a Refuge Theory.

ECAR greatly encourages engagement in other areas as well as Guilford. They encourage starting organization chapters on different campuses or calling local refugee resettlement agencies and asking how to volunteer. Everyone is also able to donate at guilford.edu/giving with the designation of “Every Campus a Refuge” in the section “other”.

The program also has two upcoming fundraising events, the first one on April 16 from 5:30–7:30 p.m. That event is a film screening “After Spring” as well as some musical performances.