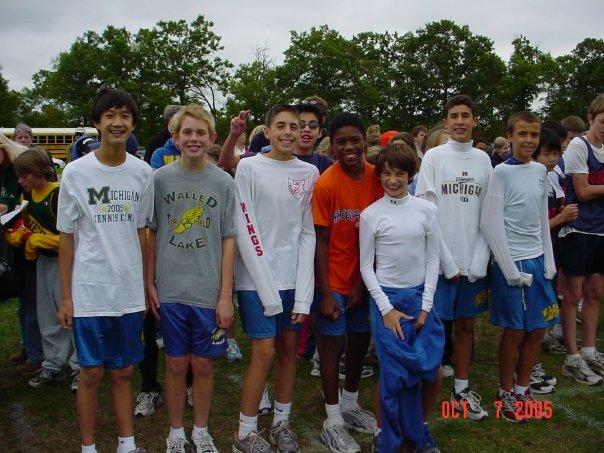 Another cross country season has come and gone. However for sophomore Chad Norton, it was a season unlike any that he has experienced so far. Norton came into the season extremely  prepared to make his goal of qualifying for nationals a reality and exceeded his expectations.

“I had no doubts when Chad graduated from high school that he would continue to find success at whatever level he chose to compete,” said high school coach Justin Schumacher in an email interview. “His accomplishments this year are not a surprise to me or anyone else who knows him, and I know that the best is yet to come for Chad.”

Norton came close to qualifying for nationals last season, but not as close as he had hoped.

“I tied for the first place to not go to nationals, so that was a big motivator in my training,” said Norton.

However, when it was time to qualify at regionals, in Texas, Norton brought his A-game, earning himself a sixth-place finish, All-South recognition and a chance to show his potential at nationals in Wisconsin.

“Last year he was a follower,” said Head Cross Country and Track and Field coach Bill Cason. “This year he has been a leader in both practice and meets. Now that he made it to nationals and found out what it’s like, he needs to go back and try to be an All-American.”

In an email interview, Norton’s mother expressed how proud she was of her son’s accomplishments and knew it was possible due to his determination to always do better.

“I have watched him for many years setting goals, working incredibly hard, making sacrifices to achieve them,” said Norton’s mother Barbara Norton. “He has never given up on anything that he truly desired, and being All-American is absolutely a desire.”

Despite not receiving an All-American title, Norton has managed to earn countless accolades throughout the season.

He earned First Team All-Old Dominion Athletic Conference honors, set a new five-kilometer record of 15:24.9 as well as the second fastest eight-kilometer time of 25:11.4, and was named Guilford Student-Athlete of the Week Nov. 6.

Norton is a prime example of how hard work pays off when there is enough determination and passion to follow it through.

“His intrinsic motivation to be successful carried him through the hard work that very few teenagers are willing to commit themselves to,” said Schumacher.

Norton’s ability to focus and commit to grueling workouts and long runs is all that matters once race day comes.

“Race time is time to show the whole reason that we train and why we put in everything we do,” said Norton. “It’s a chance to perform and show yourself what you are doing is working and what you’re able to do is worth it.”

Although running is considered an individual sport, Norton had his teammates to push him and in turn inspire them to do the best they can.