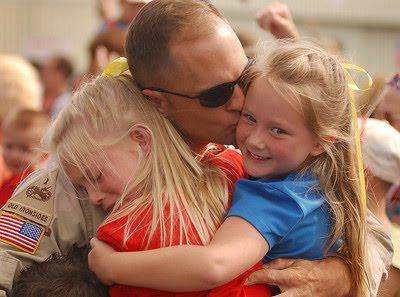 “The tide of war is receding,” President Obama proclaimed in his recent address to the nation.

On Oct. 21, Obama announced that the official withdrawal of U.S. military troops in Iraq would be completed by the end of this year.

“(I was) very glad to hear this news,” said Joe Cole, visiting assistant professor of philosophy. “I was concerned that the U.S. would maintain permanent military bases in Iraq, which has been the intention of the Pentagon. (Now) the Iraqi people will have the opportunity to sort out their own future with much less interference.”

In 2003, George W. Bush told the American people that the terrorist leader Osama Bin Laden was behind the brutal attacks on Sept. 11, 2001 and could be found in Iraq. Bush also revealed that the administration had evidence of weapons of mass destruction in the hands of Iraqi Islamic extremists.

Though we later found that neither of those statements were rooted in fact, these rationales were enough to justify warfare during the fragile social and political climate following 9/11.

Former President George W. Bush launched a military invasion of Iraq on March 19, 2003 and the U.S. has occupied the territory under the pretense of war since then. In the last decade, approximately 4,500 U.S. personnel lost their lives and the war waged on at the price of over $700 billion to taxpayers, according to MSNBC.

Nine years later, U.S. forces still have not uncovered any evidence of weapons of mass destruction in Iraq. Additionally, the military’s successful capture of Bin Laden this past May took place in Pakistan, not Iraq.

Despite Sadam Hussein’s capture by the U.S. in 2004 and the termination of the search for WMDs in 2005, the war in Iraq continued, claiming more lives and U.S. resources with every day.

But the close to this costly war is nearing and various reactions to the withdrawal have surfaced.

“Marching into Iraq on false charges made us the laughing stock of the world,” said Max Carter, director of the Friends’ center. “We lost credibility. And in the meanwhile, we killed thousands times more civilians than there were U.S. military deaths.”

Iraqi civilians make up approximately 80 percent of all deaths resulting from U.S. invasion with as many as 103,253 Iraqi civilian lives lost, according to Iraqbodycount.com.

But political conservatives disagree with the notion of withdrawal, arguing that this exit seems rushed or too early.

“I feel all we have worked for, fought for, and sacrificed for is very much in jeopardy…,” Senator Lindsey Graham of South Carolina told MSNBC. “I hope I am wrong and the President is right, but I fear this decision will come back to haunt our country.”

Some republicans say the president should never have set deadlines for war withdrawals, but rather have been more flexible based on the expertise of commanders in the field.

Daniel Rhodes, assistant professor for justice and policy studies, disagrees however. Having served in the Army in the infantry and as a drill instructor during the Gulf War, Rhodes’ perspective is from the inside.

“I believe our illegal invasion of Iraq should never have happened to begin with. I think it was an economic move on the part of the Bush administration and that George Bush, Dick Cheney, and Donald Rumsfeld should be charged as war profiteers since they all have directly benefited economically with this war.”

The issue of torture and human rights also arose with this war as mistreatment of Iraqi prisoners in the forms of physical, psychological, and sexual abuse was exposed. In spring 2004, images of torture at Abu Ghraib in Baghdad, Iraq were revealed, causing many onlookers worldwide to sing out in opposition to U.S. interrogation tactics.

“We have a moral obligation to hold individuals responsible for human rights violations and war profiteering,” said Rhodes.

Concerns that the U.S. will be vulnerable to Iraqi rebellion or other sources of violence have been raised, as well as how to combat any negativity directed towards the United States.

“We probably increased animosity toward the U.S. but we’re certainly not under more threat from Iraq (once we withdraw),” said Carter. “We weren’t under threat before. I think withdrawing from Iraq with some humility and admission that mistakes were made — that it could go far as mending damaged relations.”

The future for Iraq is unclear, but hopes are high that Iraq will succeed on its own after the U.S. troops pack up their convoys and head home.

Speaker of the House John Boehnor told MSNBC, “I’m hopeful that both countries will work together to guarantee that a free and democratic Iraq remains a strong and stable partner for the United States in the Middle East.”